Star Trek turns 50 believe it or not 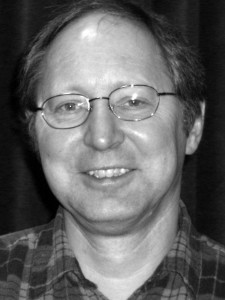 Not too long after the September 8, 1966 premiere of TV’s “Star Trek” (or “Star Trick,” as I misheard the title), my “no nonsense” grandfather unloaded on my father.

Morals were rapidly decaying, Western civilization was doomed and the Apocalypse was upon us —- because the National Broadcasting Company (home of “Bonanza” and Walt Disney’s “The Wonderful World of Color”) had sunk to the level of airing a far-fetched series with a character who possessed pointy ears like the Devil!

The topic changed pretty quickly after Dad deflected the vitriol by responding, “That’s funny —- a lot of people say I look like Mr. Spock.”

Even as we approach the 50th anniversary of the groundbreaking science fiction franchise, even as “Time” and “Newsweek” both have released commemorative editions, even as iconic phrases such as “He’s dead, Jim” and “Beam me up, Scotty” have become woven into the fabric of our lives, I realize there are STILL people (like the late Granddaddy Carl) who don’t “get” Star Trek.

Let’s take a test. If you think “warp drive” is the street where you bought that Hummel figurine at the yard sale last year…

…you’re one of the sad people missing out on what Trek has to offer.

Of course, on the other hand, some diehard fans (Trekkers or Trekkies) do get a little carried away.

If “hailing on all frequencies” consists of whining, “But, Mom, I notified you via Twitter and email and Facebook that I wanted you to trim the crust off my bread…”

If you can’t make it through a job interview without rushing to the restroom and bellowing, “I’m givin’ her all she’s got, captain”…

…you probably need to get a life.

The rest of us occupy the middle ground. We enjoy a good adventure story. We appreciate the fact that Trek has inspired countless individuals to seek careers in math, science, medicine and related fields.

We take solace from creator Gene Roddenberry’s optimistic, tolerant, cooperative vision of the future.We don’t have to hate anyone for their skin color or the number of their appendages. We appreciate the prophetic power of Trek, whether in predicting computer tablets, holographic adventures or Election Day 2016. (As the Klingons say, “It is indeed a good day to die.”)

I hope the Star Trek mythology will live long and prosper. But let’s admit it has competition. When the 23rd century actually gets here, I wouldn’t be surprised if a half-human, half-machine Mark Harmon pitches an “NCIS: Gamma Quadrant” spinoff. (“It would be highly illogical not to make it so. Ratings resistance is futile.”)

Danny Tyree is a syndicated columnist.