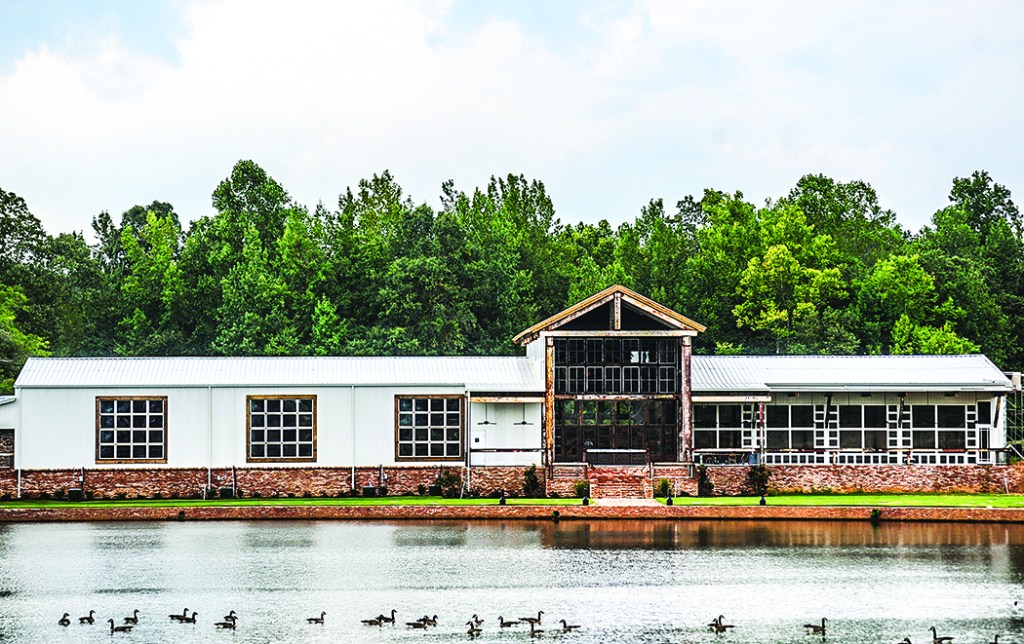 After several months of waiting, The Jefferson Oxford has finally been approved to serve alcohol rather than using a third-party vendor with a license to serve beer, wine and spirits for their special events.

The Mississippi Department of Alcohol and Beverage Control granted the qualified resort status to the 18,000 square foot event venue that opened just outside the city limits of Oxford on Highway 6 this past spring.

Like other venues seeking “resort status” in order to serve alcohol in the county, The Jefferson’s co-owner, Tom Green III, went before the Lafayette County Board of Supervisors in January to seek permission to serve beer, wine and liquor and was denied by the board, which forced them to appeal the decision to ABC.

Green, who is co-owner with his sister, Margie Schlosser, is pleased with the venue being granted resort status.

“For some time it has been a dream of ours to have a unique event venue in the Oxford area,” Green said. “We wanted a special site on a lake where we could incorporate reclaimed materials that our family has salvaged over the years. The Jefferson was designed to accommodate very large events or small intimate dinners. After a year of construction, we are open for business and thrilled to have resort status. Thanks to the Oxford community for the warm welcome we’ve received.”

The Jefferson, which takes its name from William Faulkner novels, is an 18,000 square foot building that includes a 7,350 square foot grand hall, as well as three smaller rooms. There is also a built-in stage, two 45-foot long bars, a see-thru gas fireplace and two prep kitchens.

The facility has been constructed with the use of reclaimed materials from textile mills and buildings in Virginia, South Carolina and Tennessee.

“The venue is designed so that it is several rooms broken up to where you can have a small party and shut some doors and be comfortable,” Green said. “Or you can open up the place and have a large gathering.”

Other unique reused items at the venue include

• Old 1800s cotton warehouse doors are out of Danville, Virginia

• Windows came out of a textile mill in Pelzer, South Carolina

• Old brick came out of a federal compress cotton warehouse in Covington, Tennessee

• Roof decking came out of Pennsylvania. The decking used to be vinegar vats that they used to make apple cider vinegar.

• Maple floors came from of a textile mill’s production floor in Danville, Virginia

• Other flooring is antique heart pine

• Chandeliers came out of a church in Memphis, Tennessee

• About 10,000 bricks around the building say Oxford

• The exterior part of the building came from a temporary building at the Nissan plant in Canton.

Green said even an outdoor venue in the middle of the extreme summer heat will be pleased.

“We turned the building at an angle so that in the afternoon our courtyard is completely shaded,” he said. “That works out great in the summertime heat. We used the height of the building to cast a shadow also.”

While Schloesser lives in Park City, Utah, she has visited the location and is excited to come see it complete.

“We’re excited about the opportunity to help expand Oxford’s growing hospitality business,” she said. “The Jefferson will be able to host both large wedding ceremonies and receptions as well as intimate fireside dinners. Tom has another event venue, Mallard’s Croft, that is just south of Collierville, Tennessee. For the last two years he has been hosting parties and weddings in a barn that he remodeled at that location. During that time he has come to enjoy being in the hospitality business — it is such a pleasure helping others have fun and make memories at their special event.

“We hope to extend that same pleasure at The Jefferson by providing a venue where wonderful memories can be made.”

There are other venues in Lafayette County that also cater toward special events and weddings, including Castle Hill, which is located just off Highway 6 and has been granted resort status in order to receive a liquor license. It was the first in the county to be granted resort status in 2008. Other businesses have followed, including The Ravine, Goose Creek Clubhouse near Wellsgate Subdivision and Plein Air in Taylor. All of them were forced to go through the state tax commission to be granted their liquor license.