Oxford will always be home to Lovelady 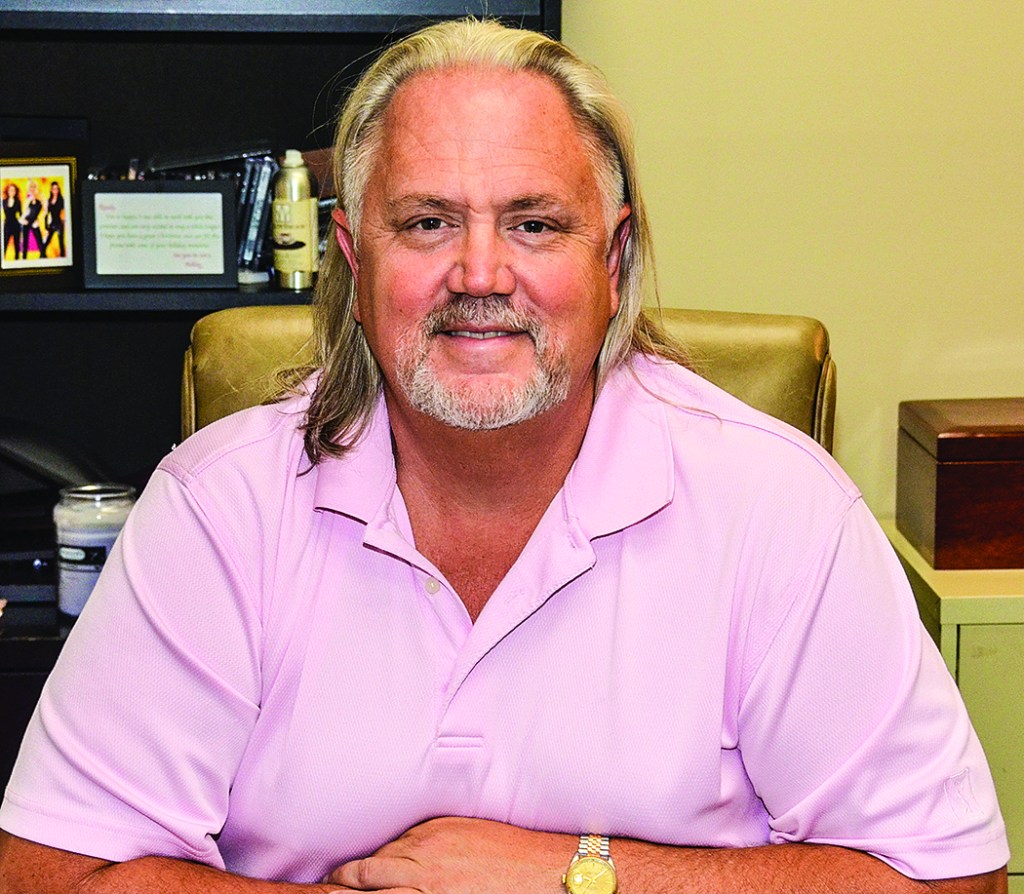 Rendy Lovelady may not be a household name, but the Oxford native is very well known in the music world.

He’s been the tour manager for such prominent acts as Van Halen, Bon Jovi and Motley Crue and has been all over the world, but he says his roots have always been at home in Oxford.

“My memories of Oxford go back to when I was a child,” said the son of former minister Joe Lovelady and Betty Lovelady. “Oxford is my father’s hometown. My family, as in all of my aunts, uncles and cousins, have lived in Oxford all of my life. There are Lovelady’s everywhere in Lafayette County.”

It goes without saying he’s a die-hard Ole Miss fan.

“I was raised a Rebel and will always be a Rebel,” Lovelady said. “It’s in my blood.”

Lovelady remembers spending New Year’s Eve on the Square with his cousins as a teenager and playing golf at the University golf course, but it was time spent in New Orleans that eventually lead him to get into the music industry.

His father was a minister in the Crescent City and “I grew up in the music business in New Orleans.”

“Then I had the opportunity out of college to go to work with Van Halen,” Lovelady said. “I spent the next 12 years tour managing, along with other jobs.”

So what cool stories can he share about “Diamond” David Lee Roth and Eddie Van Halen or Tommy Lee and Vince Neal of The Crue?

In 1995, Lovelady created his own management company.

“I’ve managed rock, country, Christian artists, as well as film, television and sports figures ever since,” he said.

The first act he managed was Stryper, a Christian rock band in the 90s, as well as Jars of Clay, who at the time were a rock band before transitioning into Christian rock.

He was living in Jackson and spent most of his time flying to New York and Los Angeles, as well as Nashville, when he decided it would be more convenient to move to Music City where he now lives and operates Rendy Lovelady Management.

Branching his business into the country music genre was not simple.

“Although I was living in Nashville, the country industry was not very open minded to me being in the business because all my past experience was in the rock/Christian industry,” Lovelady said. “So I began to look for my first country act to sign hoping to building a country act from the ground up.”

LBT, which is comprised of Rhodes, Fairchild, Jimi Westbrook and Phillip Sweet, have won country music’s Vocal Group of the Year award the last three years.

“After putting Little Big Town together, it became much easier to work in country music,” Lovelady said.

Lovelady is also heavily involved in producing some incredible outdoor concert events, including Darryl Worley’s Tennessee River Run, as well as BamaJam, which used to be held in Enterprise, Alabama.

He decided to build a new festival in Panama City Beach, Florida and created the highly successful Pepsi Gulf Coast Jam that is held on Labor Day Weekend.

“It has taken us four years and several million dollars to grow Pepsi Gulf Coast Jam to where it is today,” Lovelady said. “We started out our first year with about 39,000 people and this year we are expecting somewhere around 70-75,000 people.”

Some of the headliners have been Keith Urban, Miranda Lambert, Lady Antebellum, Carrie Underwood, Blake Shelton and Toby Keith.

“We have been very fortunate, through great relationships, to get enormous talent in a short period of time,” Lovelady said.

Breaking into the business

So what advice would he give to someone who is trying to break into the music business either as a producer?

“Run!,” Lovelady said kiddingly. “Spend a lot of time building relationships, developing great talent and be a self-motivator because you’re never going to be thanked on the Grammy’s CMA’s or the ACM’s. But in all things keep life in perspective with your relationship with Christ. The music business is extremely hard and aggressive so it is difficult to break in and be successful in it.

“After doing this for almost 30 years, I am the first to say that, as difficult as it is, I am blessed to still be in it,” Lovelady added. “So lastly, good luck because you’re going to need it.”

Through it all, he said Oxford will always be home.

“My mom and dad live in Oxford and I am in Oxford visiting them all of the time,” Lovelady said. “I will probably be buried in Oxford.”