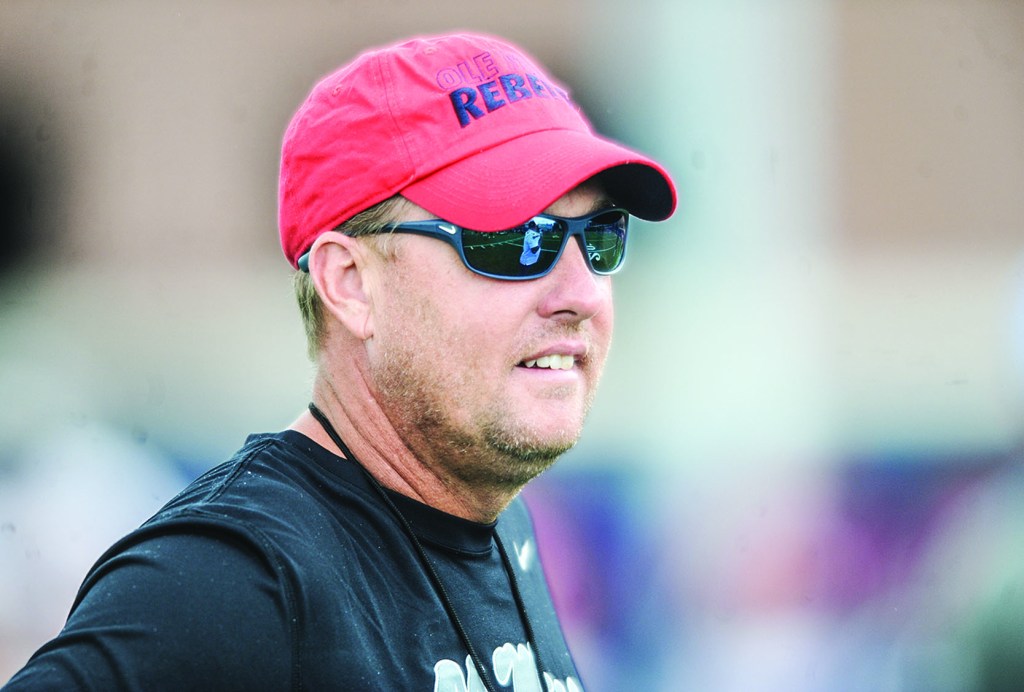 Hugh Freeze’s team will be challenged immediately with a primetime matchup against No. 4 Florida State on Labor Day as part of a grueling September slate that awaits Ole Miss. (Bruce Newman)

Ole Miss won’t be easing into anything this season.

The 11th-ranked Rebels are less than a week away from opening their season in primetime with their Labor Day matchup against No. 4 Florida State in the Camping World Kickoff in Orlando, capping college football’s star-studded opening weekend with the fourth game pitting ranked teams against each other.

“It’s finally game week,” Ole Miss quarterback Chad Kelly said. “We’re all excited for this opportunity. It’s going to be a great game and a great atmosphere. Time to start this season off on a good note.”

It’s also a change in the quality of opponent from the Rebels’ recent openers. Ole Miss started against FCS member Central Arkansas in 2012 and Vanderbilt in 2013 while beginning last season with a 76-3 pasting of Tennessee-Martin. The Rebels started 2014 with a neutral-site win over mid-major power Boise State, but none of those teams came close to the collective talent level Ole Miss will see from Florida State in a game that could immediately have championship implications.

“It’s exciting to open up on a Monday night in the first game against a great team like that, but I feel like it doesn’t really matter who’s out there,” said center Robert Conyers, a Florida native. “I felt like we were excited to play UT-Martin last year. We came out guns blazing versus them, and we’ve just got to come out playing hard versus Florida State.”

Familiar look
Ole Miss will need more than effort against the Seminoles, who have a running back on everybody’s short list of Heisman Trophy contenders in Dalvin Cook and a defense that Freeze said looks eerily similar to what the Rebels see every week in the Southeastern Conference headlined by ends DeMarcus Walker and Josh Sweat. Florida State lost star defensive back Jalen Ramsey to the NFL Draft but replaces him with skilled sophomore Derwin James on what Freeze called “maybe the fastest team I’ve watched defensively.”

The Rebels have the edge in the experience department at quarterback with Florida State redshirt freshman Deondre Francois set to draw his first collegiate start against an Ole Miss defensive front that may or may not be without end Fadol Brown, though Freeze isn’t yet sold on that being an advantage for his team.

“If I want to look at it and say it is advantageous that he hasn’t played in this type of game before, I could say that,” Freeze said. “They could probably say, ‘Oh, he is talented enough to handle it.’ That night will tell, but I don’t know until we play the game which one is going to carry more weight.”

The heavyweight bout could be a blessing in disguise for Ole Miss considering its treacherous opening month, which includes back-to-back home games against No. 18 Georgia and top-ranked Alabama the last two Saturdays in September. Whether the Rebels pass the stiff test Florida State presents immediately, it should give them a more accurate gauge of where they stand than in years past.

“I think with the September we have, we don’t need to waste much time jumping into battles,” Freeze said. “We’re going to have some really tough challenges in that month. … You’re going to have to play the full four quarters to have a chance to beat these teams we’ve got scheduled in September, and this one will help us prepare toward that for sure.”