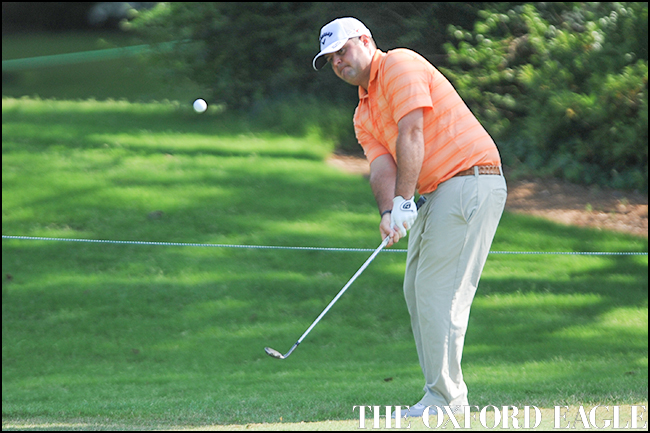 Although Randolph had essentially clinched his card the previous week at the News Sentinel Open with a fifth place finish, Randolph continued his consistent play final tournament, capturing his ninth top-25 finish of the season with a tie for 11th place finish to finish No. 13 on the final Web.com Tour Money List for the 2015-16 season with $195,248 in earnings.

“It feels great to get back out on the PGA Tour and get a chance to play against the best in the world,” said Randolph after the PGA TOUR Card presentation. “I can’t wait to get the wrap around season started in a few weeks and get after it.”

Randolph’s season was highlighted by his outstanding performance at the Lincoln Land Charity, where he finished 20-under par through four rounds to finish tied for second. Randolph also finished tied for second at the United Leasing & Finance Championship and earned two other top-10 finishes at the Air Capital Classic and News Sentinel Open.

Randolph and the top-25 will compete in the Web.com Tour finals to jockey for position in the rankings for the upcoming season, beginning with the DAP Championship September 8-11 at the Canterbury Golf Club in Beachwood, Ohio.