Oxford hits the road again, this time to Madison Central 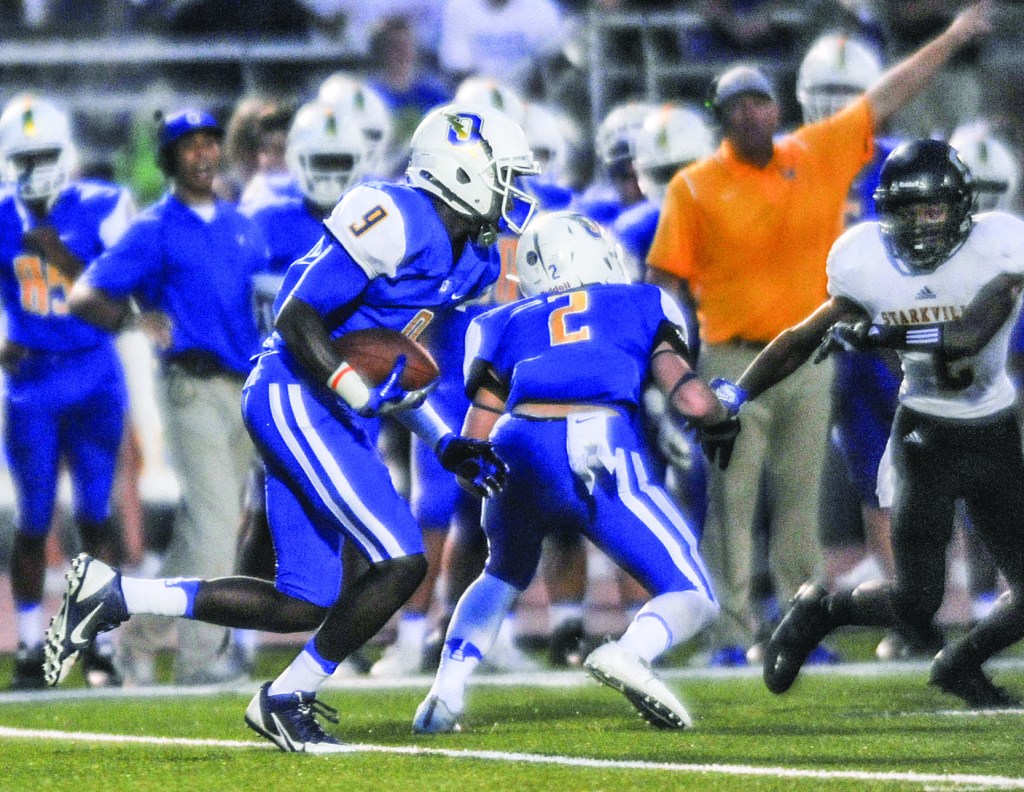 Oxford’s Jaquan Webb (9) and the rest of the Chargers’ offense have been working on keeping drives alive this week. (Bruce Newman)

After last Friday’s game ended and Oxford was staring at a third straight loss to Class 6A powerhouse Starkville, head coach Chris Cutcliffe knew there were things that needed to be fixed immediatly.

The sense of urgency was due to not getting a break in their schedule with a third 6A opponent awaiting them in as many weeks.

Last year, the two teams squared off at Bobby Holcomb Field with Madison Central edging out the Chargers for a 31-29 victory.

Both teams are coming off losses, as the Jaguars (1-1) fell to No. 1 Brandon at home last weekend.

The Chargers struggled on both sides of the ball last week against Starkville, particularly on third-down situations. They gave up more than 200 yards to the Yellowjackets on third-down plays alone.

Cutcliffe credited Starkville for their ability to convert third downs and force Oxford off the field but also admitted there were tackling issues on the Chargers’ end defensively.

Familiar challenge
Cutcliffe and the Chargers’ offense are going to be facing a Madison Central defense that will resemble their crosstown rival Lafayette’s from a season ago.

That is because former Commodore head coach Eric Robertson left Lafayette in the spring to take a job as the defensive coordinator for the Jaguars.

Cutcliffe’s familiarity does not date back to facing Lafayette over the past few years but all the way back to his years as a player. Robertson was the defensive coordinator at Oxford when Cutcliffe was quarterback for the Chargers.

That is not the only Lafayette connection as former head coach and athletic director Anthony Hart is now the head coach for Madison Central.