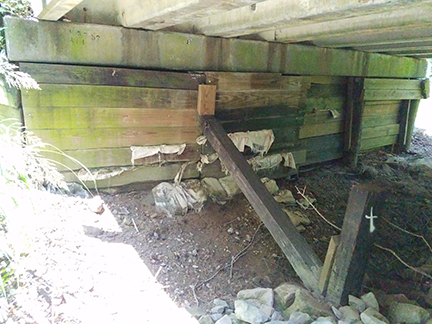 Legislators who traveled the state this summer reviewing bridge and highway needs say they are focused on ensuring that wasteful spending isn’t holding back highway repairs.

“As a representative of the people here in DeSoto county, I needed to understand what the need was. The second thing is how we got to this point,” said Rep. Dana Criswell, R-DeSoto County.

“(The third is) making sure (the Transportation Department) is spending our money wisely,” Criswell said. “That’s not an accusation, but me upholding my responsibility as a representative. Your’re spending taxpayer money. We have to make sure you are doing it wisely.”

A number of the state representatives contacted by Mississippi Today expressed concern about the Transportation Department being wasteful with state funds. The concerns were raised despite the agency’s downsizing, including decreasing the number of vehicles in the department’s fleet by 330 vehicles and laying off 44 employees from the Right of Way division.

For many, the idea of purging suspected wasteful spending was the first method of providing additional funding for the agency.

“I would look at it as a person that runs a business,” Rep. Cedric Burnett, D-Tunica, said. “If you can cut back on something to pay for something else. I would do that.”

“If there is waste somewhere, I’d want to get that waste out and put it towards roads,” Burnett said. “The roads and bridges are vital to the economy. We may have to raise fees, taxes, gas, or something, but it has to get done.”

The trips were led by Rep. Charles Busby, R-Jackson County, chairman of the House Transportation Committee. Starting in July, Busby took committee members along with highway department officials to look at highway and bridge needs. The sessions included two days of visiting locations in each of the three state highway commission districts. The Department of Transportation declined Mississippi Today’s request to accompany the legislators on these trips.

“I thought it would be good for at least the transportation committee to have this knowledge so that when we are considering something before us, like how more and more people are pushing for greater spending on our infrastructure, I want them to be able to make the most informed decision possible,” Busby said.

A number of the committee members expressed to Mississippi Today concerns about the difficulty of balancing the economic importance of infrastructure and their reluctance to support either a new tax or a tax increase to meet transportation funding needs.

With construction cost increases and a funding formula that has had little revision since 1987, the Transportation Department has had to switch from adding capacity to the highways in the state’s high growth areas to maintenance work on the highway infrastructure already in place.