One on one: Ole Miss receivers expect isolation from FSU 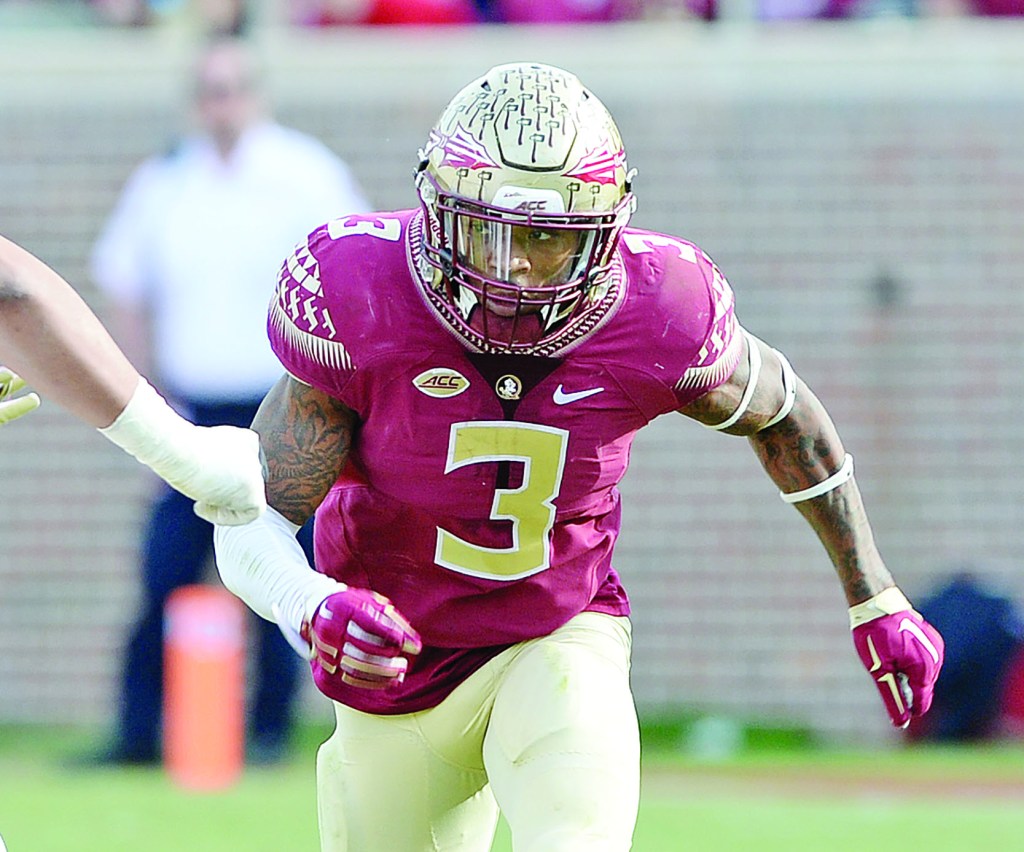 With Chad Kelly behind center and the Rebels’ receiving corps still among the deepest and most talented in the Southeastern Conference, opposing defenses don’t often like to man up on the outside.

Yet that’s not what players have seen from Florida State on film leading up to the teams’ season opener Monday in the Camping World Kickoff in Orlando (7 p.m. CT, ESPN).

The fourth-ranked Seminoles’ speed and athleticism on defense mimics what No. 11 Ole Miss sees on a weekly basis in its league, but it’s the willingness to apply pressure up front and play one-on-one on the back end that sets Florida State apart — at least on tape — and should make for an intriguing matchup of strength against strength.

“They trust their defensive backs,” Ole Miss tight end Evan Engram said. “They like to send pressure and play man up, and I haven’t really seen that against us. A lot of teams like to play conservative against us, our receivers and our passing game. It’s going to be kind of interesting to see how they come out and approach us, if they want to go to zone and a more conservative look or if they want to try their athletes on ours in man.”

The Seminoles return four players in the secondary who started at least four games a season ago, and that’s with All-American Jalen Ramsey off to the NFL. Senior cornerbacks Marquez White and Nate Andrews combined to start 17 games last season while sophomore safety Derwin James, at 6-foot-3 and 211 pounds, may be the best of the bunch.

Ole Miss likes its seasoned blend of size and speed on the outside, too. Damore’ea Stringfellow will throw bulk at the Seminoles at 6-2, 211 pounds while senior Quincy Adeboyejo is one of the faster players on the Rebels’ roster at 6-3, 195 pounds. Slot receiver Van Jefferson comes in at 6-2, 190, true freshmen A.J. Brown and D.K. Metcalf both weigh at least 217 pounds, and the 6-3, 235-pound Engram has been a handful for linebackers and safeties over the middle throughout his career.

There’s always the chance Florida State isn’t willing to leave its defensive backs on an island as much as usual once the game starts, though that approach was effective for the Seminoles last year.

Florida State only had eight interceptions as a team a season ago but sported the Atlantic Coast Conference’s fifth-best pass defense, allowing opponents just 191 yards a game through the air.

“They show a lot of one-high (safety) stuff, a lot of man coverage, but you just never know until you get out there,” Kelly said. “A team could switch it up just like that.”

Should Florida State stick to its usual pressurized game plan, it will make for a lot of extra bodies to block for new left tackle Rod Taylor and the rest of Ole Miss’ offensive line. The Rebels like their chances to exploit that isolation more times than not should they keep Kelly upright.

“They have great players there, too, but I love our receivers,” Freeze said. “I like them any week we play against anybody. I think we have a chance on any play to win a one-on-one. That doesn’t mean you always get it done, but I am always going to feel confident about that group.”