Ole Miss vs. Florida State: Lessons learned in week one 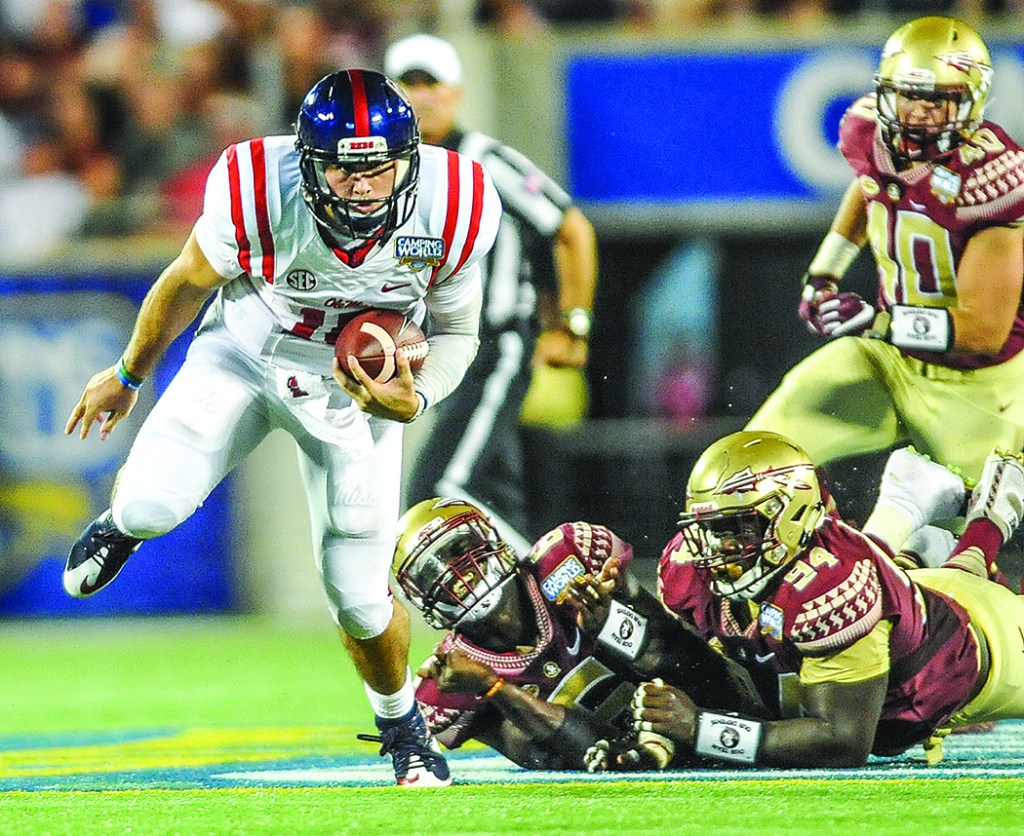 In the three opening weekend games involving Mississippi’s Division I FBS teams, the eventual winners overcame a total of 64 points in deficits.

In a half century of watching Mississippi college football, I’ve never seen anything quite like it. These are the kind of comebacks you normally might see once in a season. We saw three in one, long Labor Day weekend.

In both cases, it was if those late-first half touchdowns flipped some kind of switch and totally changed the game’s dynamics. After being dominated for the first 29 minutes, Florida State and Southern Miss dominated.

At Orlando, it was as if we watched Deondre Francois, the FSU freshman quarterback, grow from high school jayvee quarterback to college All-American in the course of one football game. He was skittish, unsure of himself early. His mechanics were awful. He was aiming the football instead of throwing it. As the game wore on and his confidence grew, he appeared a different person. Of course, his teammates grew with him.

At Florida State, this sort of comeback is becoming as much of a tradition as the Seminole war chant. This was the seventh time over the last four seasons, Florida State has come back from a halftime deficit to win.

It was the third time the Seminoles have come back from 13 points or more behind.

If you listened to Jimbo Fisher’s pre-game speech, it was almost as if he saw it coming. “No matter what happens, keep chopping,” he told his players. And he repeated it: “Just keep chopping.”

There’s a lesson in this first weekend for anyone paying attention. The nature of college football has changed in recent years. Today’s games, which have become almost like double features in length, will allow for more comebacks. Because of all the passing, all the incompletions, all the first downs and clock stoppages, all the long TV commercials, the games go on for four hours. They have become endurance tests for both players and fans.

Back in the old days (late 20th century), these sort of comebacks were much more rare. When teams were running the ball and the clock generally kept running, a 25-point lead seemed insurmountable. Not now. In many ways, football games have become like basketball with a 30-second clock. No lead is insurmountable. Longer movies allow for more plot changes. Longer games allow for, well, they allow for what we saw this weekend.

So, what now? One week does not a season make. Remember, as important as these openers seemed, they were one/twelfth of a season. And, they were non-conference games. USM has won nothing really. All goals State and Ole Miss had, save for going undefeated, are still there.

Southern Miss and Ole Miss dip down a division this week with the Golden Eagles playing host to Savannah State and Ole Miss bringing the Wofford Terriers to town. Both need to take care of business and stay healthy.

State has a chance to get well in a hurry. The Bulldogs host South Carolina in what would appear a win-able SEC opener. They need to take a page from FSU’s book: Keep chopping.