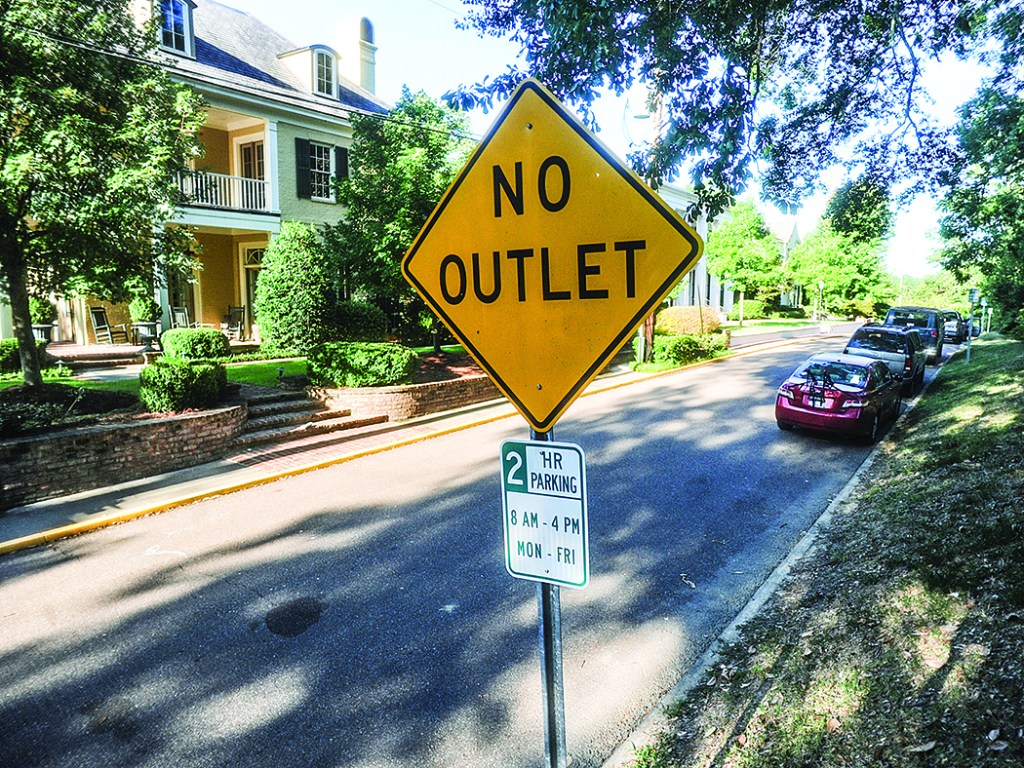 The city will be selling parking spots for residents along Tyler Avenue and also South 5th streets, in Oxford, Miss. on Wednesday, September 7, 2016.

Some Oxford residents will be required to purchase street-parking permits in order to park near their homes and keep visitors and students from clogging the streets.

A pilot parking program aimed at making more room on neighborhood streets for residents to park will go into effect on Oct. 6.

The Oxford Board of Aldermen approved establishing Tyler Avenue and Fifth Street as Oxford’s first residential parking district that will require residents to purchase parking permits to park on the street for more than two hours a day.

The purpose of the program is to keep people who do not live in neighborhoods close to the University of Mississippi campus from parking along the streets all day to avoid paying for a parking permit, or simply for the convenience of parking closer to campus.

By state law, the board is required to have a first and second reading of new or amended ordinances and a public hearing, which is often held during the second reading. City policy has been to hold the vote until a third reading, but it is not a requirement. On Tuesday, the aldermen elected to forego the third reading and unanimously voted to approve the ordinance establishing the new residential parking district.

The two streets currently have a two-hour parking limit; however, it hasn’t been heavily enforced.

The new parking permit ordinance will be enforced from 8 a.m. to 4 p.m., Monday through Friday. It will not affect game day or church parking on the weekends. Residents can purchase up to two visitor parking permits per household a year.

If a resident chooses not to purchase the permits, they can still park for the two hours currently allowed on the streets before having to move their vehicle.

Those found during the hours of enforcement without a permit will be fined $10 for the first two infractions, $25 for the third citation and $50 for the fourth and subsequent violations within any 12-month period. Vehicles with three or more unpaid citations could be towed or booted.

Residents will be required to show proof of home ownership or a lease, a copy of their driver’s license and vehicle registration to purchase the parking permit.

Oxford resident Basil Richmond said he doesn’t live on the two streets selected for the pilot program but is still concerned that the ordinance is too strict and that residents in the new district are limited in how many guests they can have over their home.

“What if someone has three kids and they all come home to spend Christmas Eve?” Richmond asked.

Alderman Robyn Tannehill said the pilot program isn’t perfect, but feels it’s the best solution for the current problem along some of Oxford streets, adding that residents on Tyler and Fifth Street supported the new permit system.

“I feel like the residents are being punished for what the university is doing,” Richmond told the aldermen.

Other neighborhoods wanting to apply to become a residential parking district can do so through the city. There must be an 85 to 90 percent approval from all residents living on the street to be considered.