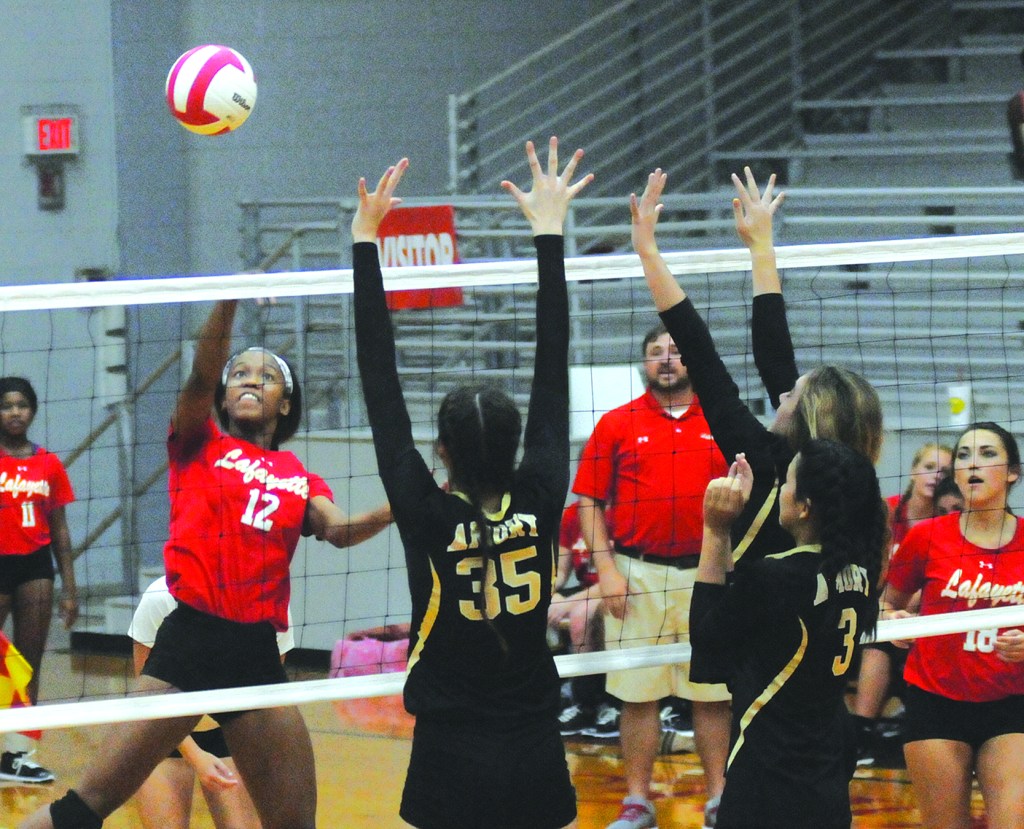 Things are looking up for Lafayette volleyball.

After a slow start to the season, the Commodores have picked up a little momentum with three key wins in the past seven days. The latest notch in the win column came Thursday night when Lafayette defeated Class II, Region 4 opponent Amory 3-0 (25-12, 25-12, 25-10) in convincing fashion inside the LHS gym.

The Commodores’ performance was even surprising to coach Clint Jordan.

“Amory has played some good volleyball and to play them the way we did was huge,” Jordan said. “I didn’t expect that. I think it will be a better game next time when we go down there. … I think we’re just in a good place right now. We’re doing a lot of things right, especially serving. When we serve and serve-receive well, it’s hard to beat anyone who’s doing that and we’ve been doing that.”

There was little resistance on Amory’s end as the Panthers (6-4, 2-2 Region 4) had very little success offensively and could not defend anything Lafayette (10-4, 2-1) was sending back across the net. A large part of that had to do with the play of Mariah Holland and Orianna Shaw at the net for Lafayette. The duo could jump higher than anyone else on the court Thursday night, and they used it to their advantage, swatting any ball that came near them down to the court.

Getting hot
Dating back to last week, Lafayette has been on a three-match winning streak. It has not been against easy competition either with road wins over Senatobia last Thursday and handing a then-10-0 New Albany team its first loss on Tuesday. During the five-set marathon against Senatobia, Jordan started to see something that has fueled his team’s current hot stretch.

“Our defense has been much improved,” Jordan said. “Offensively we’re doing some things a lot better. We’ve been very vanilla, and I think that’s helped us offensively. …In Game 4, we were down 23-13 (to Senatobia) and came back and won. Orianna took that game over offensively and defensively.”

Lafayette gets the weekend off before traveling to Batesville for a match against South Panola on Tuesday.