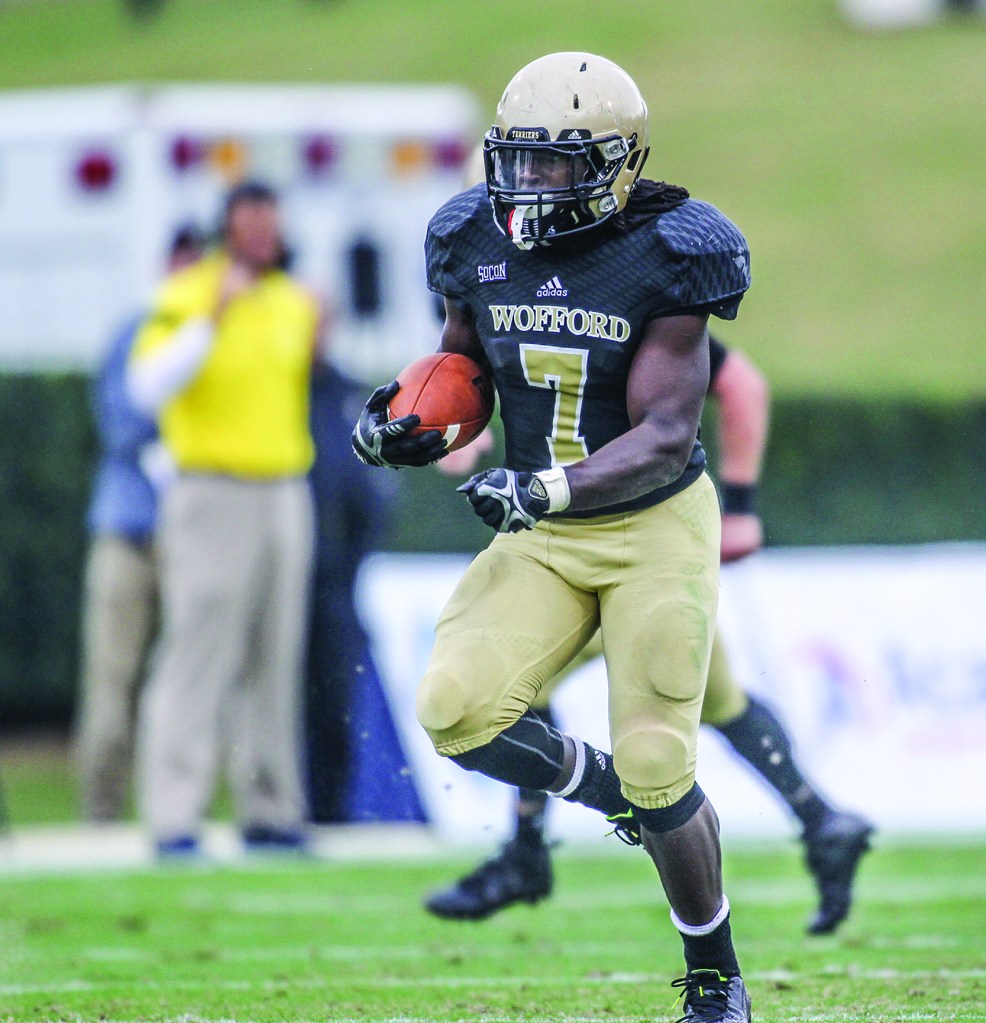 Senior fullback Lorenzo Long (7) is one of Wofford’s many weapons in its triple-option attack. (Wofford College Athletics)

When Ole Miss defensive coordinator Dave Wommack heard from Ross Bjork a couple years back that the Rebels would follow their primetime opener against Florida State this fall with a Football Championship Subdivision opponent, Wommack had one question for his athletic director.

The answer got Wommack’s attention.

“He said Wofford. I said, ‘Oh my gosh,’” said Wommack, a former assistant at South Carolina. “I’ve known them, and that coach has been there forever. We played them when I was at South Carolina, and it’s difficult to get ready for in a week’s time, let alone five days time.”

That’s because Wofford will bring an offense to Vaught-Hemingway Stadium on Saturday (3 p.m., SEC Network) that’s rare in today’s college game. After struggling to defend 52 pass attempts by Florida State’s Deondre Francois on Monday, Ole Miss has less time than usual to prepare for the Terriers’ triple-option attack that produced more than 3,300 rushing yards last season and 346 in their opening win over Tennessee Tech last week.

A new quarterback is at the controls for the Terriers in Brad Butler, who rushed for all three of Wofford’s touchdowns in the win, but fullback Lorenzo Long is back after leading Wofford in rushing a season ago with 969 yards. Most of the players lining up across from them will be faster and more athletic, but Wommack said it will take more than his players’ physical abilities to slow down every wrinkle to what Wofford does best.

“This team’s got five or six personnels, and they’ve got somewhere between 80 or 90 formations, so it’s about getting lined up and keeping it simple defensively,” Wommack said. “It’s clicheish, but it’s putting your eyes in the right place. It’s assignment football.”

Early prep
Ole Miss used some practice periods in fall camp to introduce a simulation of what the Rebels will see Saturday because “we think we had to do that,” head coach Hugh Freeze said. Ole Miss held Florida State star Dalvin Cook to 91 yards rushing and the Seminoles to just 3.9 yards a carry as a team, but the way them and the Rebels’ next opponent go about running the ball aren’t comparable.

“You could hand off to the fullback, the quarterback could keep it or pitch it,” defensive tackle D.J. Jones said. “We’re just preparing at every key. Eyes. That’s what we’re preaching right now.”

Though it may be unconventional, Wofford’s attack may play into the hands of an Ole Miss defense whose strength lies in its front four.

“As a defense, we love to stop the run,” Jones said. “Stop the run, and then you have fun like they say. Stop the run and let them pass the ball a few times and see what they can do in the air.”