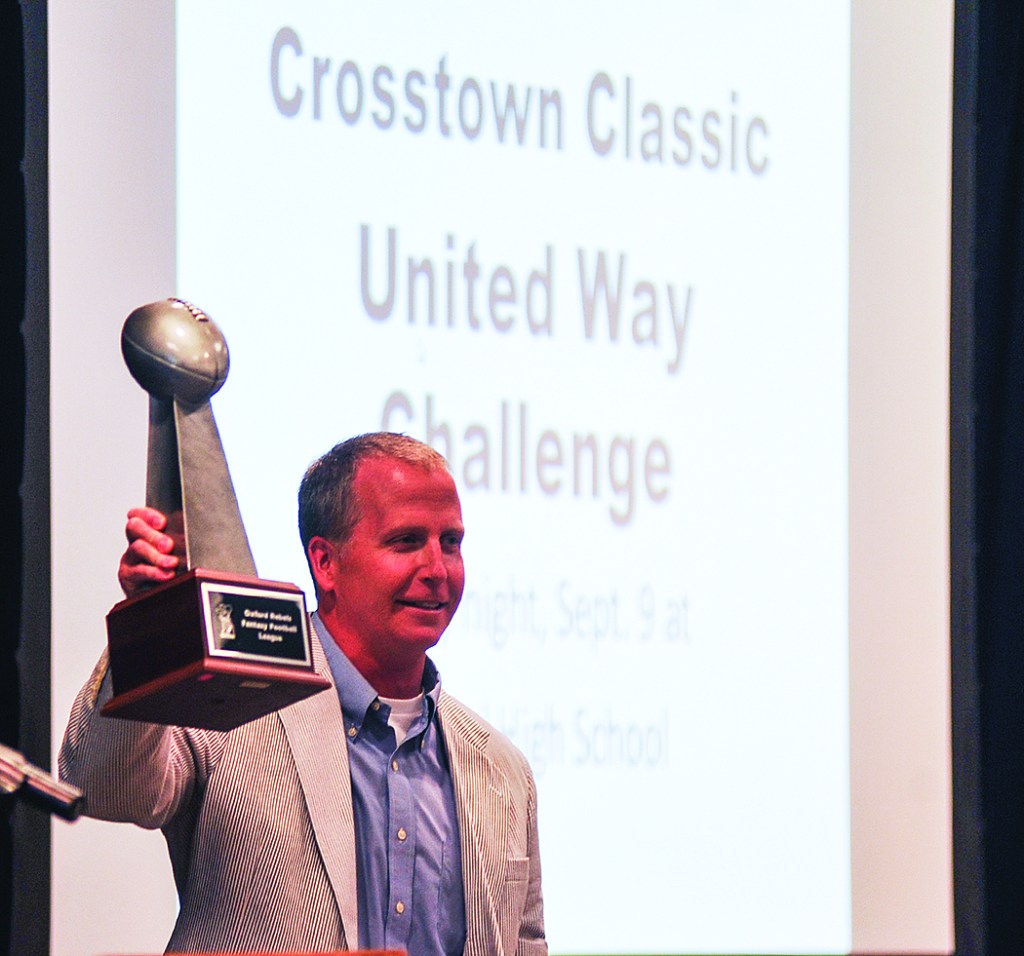 When the Oxford Chargers and Lafayette Commodores go head-to-head Friday in the annual Crosstown Classic match between the two rival football teams, those watching the game will have a new way to root for their favorite team and raise money for the United Way of Oxford and Lafayette County.

A number will be made public through the school districts on Friday and at the game where spectators can vote via text for their favorite team and make a donation at the same time.

“Whichever team raises the most money will win,” Massey said while Harper held up a smaller silver replica of the NFL Super Bowl trophy, which goes to the winning team.

Harper said the UW is looking at new ways to reach its annual goal, which is $600,000 this year, to match what the campaign raised during the 2015 campaign.

Details were also announced for another new fundraiser, a Kentucky Derby Party planned for May 6, 2017, at Oak Hill Stables. The race will be shown on a big-screen television, complete with mint juleps, seersucker suits and Derby hats.

“You won’t want to miss it,” Harper said.

Club, Family Crisis Services, Special Olympics, the Pantry and others.

Representatives from Doors of Hope, Boys & Girls Club and other UW partners spoke briefly during the luncheon on how UW helps fund important programs that help people become financially self-sufficient and children improve their reading.

Most of the funds raised during the annual campaign are done through the workplace, where an employee of a participating company donates a certain amount of their check each payday, or through fundraising events held throughout the year, and in many cases, a combination of both.