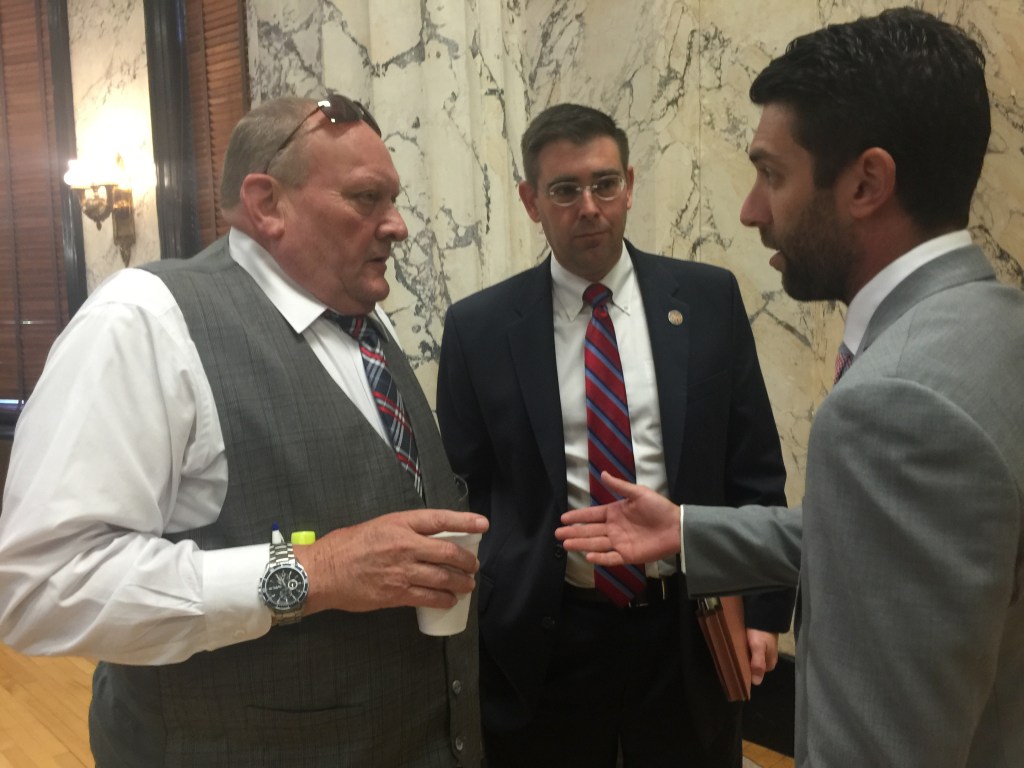 Medicaid is another state agency scrambling to keep up with the effects of a high turnover rate, according to David Dzielak, executive director of the department.

On Thursday, Dzielak told legislators at the Capitol in Jackson that turnover cost his department $3.8 million in 2016. He cited a high-stress work environment and low wages as the reasons many of the employees choose to leave.

“So it is a big issue for us,” Dzielak said. “Funding for reclassification of these positions would certainly go a long way to help stem the tide.”

Dzielak met with legislators as part of the second round of meetings with state agency administrators conducted by the Legislature’s tax and budget working groups. They are designed to assess the state’s tax structure and 13 state agency budgets. Meetings this week focused on personnel issues. In addition to the Department of Medicaid, legislators heard from IT, K-12 education, the Institutes of Higher Learning and Community and Junior Colleges. The working groups held their first round of meetings with state agency officials last month.

Despite Dzielak’s plea for increased salaries, many members of the legislature were more focused on finding cuts in the Medicaid budget.

“As you know we’re going to have

a very tight fiscal budget, so we’re going to need to find ways,” said Rep. Sam Mims, R-McComb. “My colleagues are asking very important questions; our goal is to take care of our citizens but also to find ways to reduce costs.”

In Wednesday’s sessions with the Department of Health, Mary Currier, the state health officer, had said her department could become more efficient by hiring fewer but more qualified nurses at a higher salary. Speaker of the House Philip Gunn asked if something like that might work with Medicaid’s 657 specialists. Dzielak had described these employees, who determine the eligibility of beneficiaries, as both the most underpaid and most important workers in the department.

But Dzielak said his employees already are stretched thin. Eligibility workers should have a caseload no higher than 600, according to Dzielak, but in most offices, it is as high as 750 or 800 cases per employee.

“So in the aggregate, we could actually use more people,” Dzielak said. “That would help with job stress too because we’re mandated by the federal government to turn those applications over in a certain amount of time.”

Sen. Brice Wiggins, R-Pascagoula, wondered whether cutting back on reimbursements for optional services, such as pharmacy and home health care, might reduce costs. But, again, Dzielak found little wiggle room in that category, arguing that many of these optional services fall under preventive care.

“If you cut those you might save money in the short term, but you’re going to spend money in the long term because a lot of those people are going to be sicker, and the level of care is going to be higher than if you continued with those services,” Dzielak said.

Both sides seemed to agree that one of the main causes of inefficiency are the federal regulations imposed by the Centers for Medicare and Medicaid services. Dzielak said claims often take a much longer time to be reimbursed because providers make mistakes, meaning claims then need to be resubmitted.

“Training and education to submit claims (would help), but we can’t tell the providers how to submit a claim,” Dzielak said.

“Well that seems silly,” Wiggins said. “But that is the federal government.”

Ultimately, Dzielak told legislators that he saw no easy way to reduce costs in the department.

“The biggest thing would be to improve the economy of the state, so we wouldn’t have as many people qualifying for services,” Dzielak said.