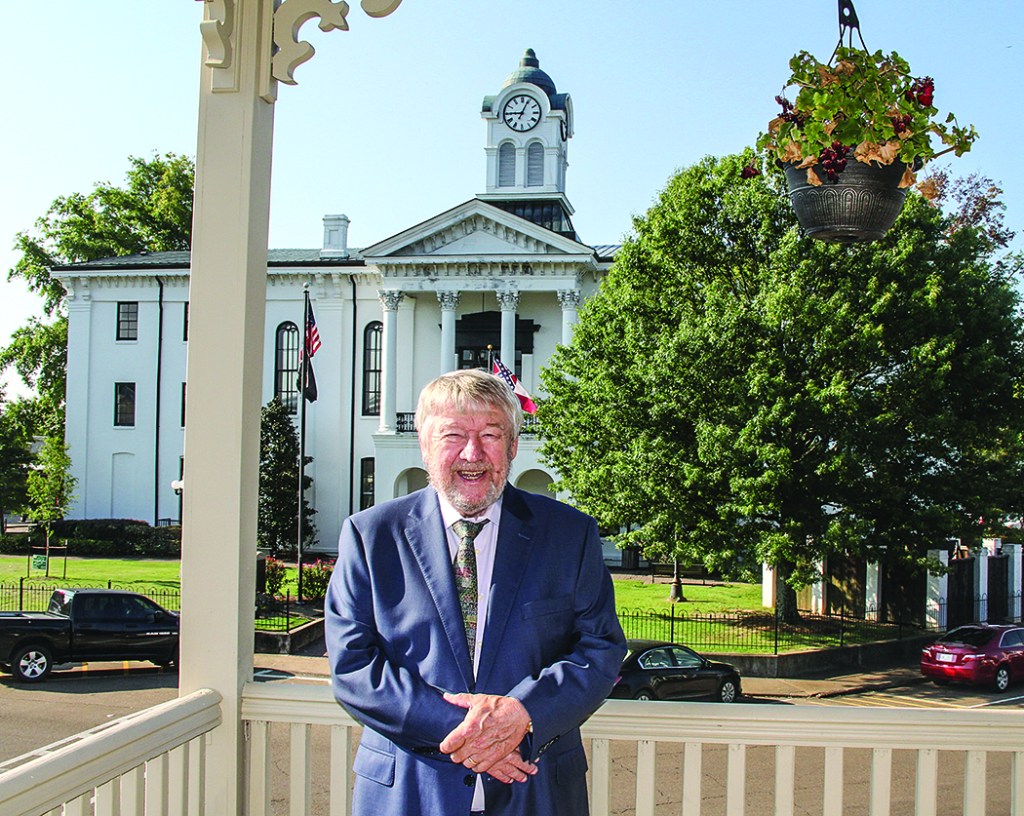 After serving in the military at a time when the United States was not at war, he was unable to use the G.I. Bill to fulfill his lifelong dream of going to Law School. With undergrad debts piling up from his time at Southwestern College (now Rhodes College) in Memphis, TN, Tollison moved to Coahoma County where he coached high school football from 1962-1969.

Tollison, however, was meant to be a lawyer. When the stars aligned, and the military decided to retroactively approve G.I. Bills, he enrolled in the University of Mississippi School of Law.

Tollison, the senior partner in Tollison Law Firm, P.A. in Oxford, has enjoyed a lengthy and very successful career, and he attributes this to his time at the law school. To show his appreciation, he recently donated $200,000 over three years for student scholarships at UM Law. The Grady Tollison Law Scholarship will be awarded to five Law students during the 2016-2017 term.

“To this day I feel indebted to the Law School and my professors,” said Tollison.

However, he didn’t spend all his time in the law school. He was also in the work-study program, and he filmed the Ole Miss football games.

“I knew very little about photography, but I knew a lot about football,” he laughed. “This was at the time when Archie played.”

His accolades didn’t end after graduation. Tollison was recognized as the 1988-1989 Outstanding Alumnus of the University of Mississippi School of Law, and he is a previous chairman of the prestigious Lamar Order. In 1978-79 and 1989-90, he taught as an adjunct professor at Ole Miss Law.

Tollison is also a charter member of the Mississippi Chapter of the American Board of Trial Advocates and a recipient of the Masters in Trial Award given by ABOTA.

As a proud alumnus of the University of Mississippi School of Law, Tollison wants for current students to have the experiences that he had as a student.

“My advice for law school students is to always be honest and keep your integrity,” he said. “Mississippi is a small lawyer state and having a reputation for integrity is very important.”