Sailing on the ‘Oxford Ocean’ in the ‘Ring Dove’ 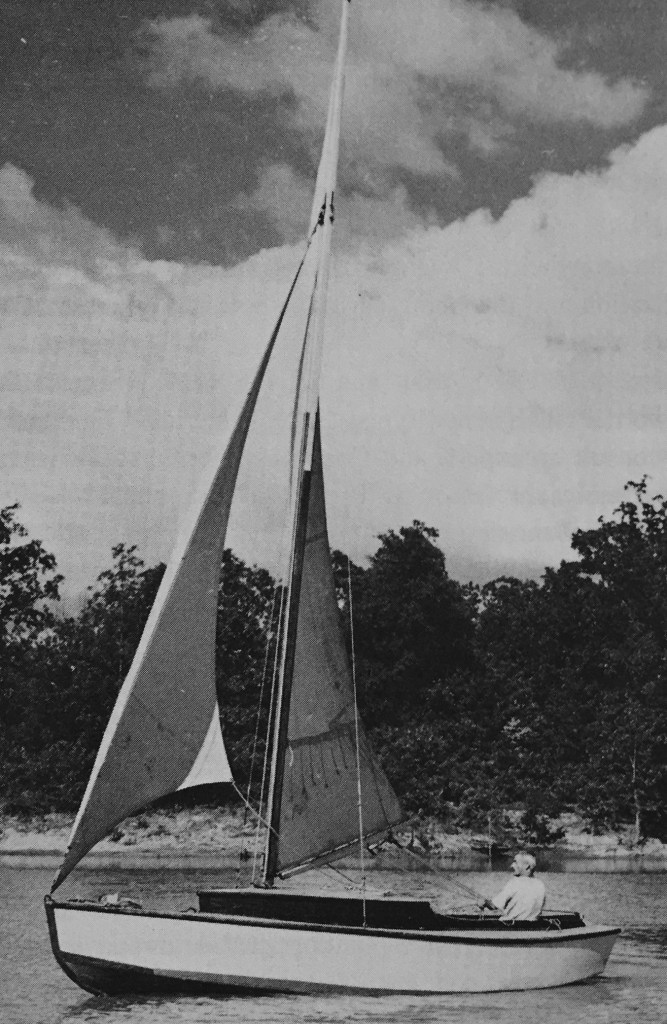 Most “old folks” in Oxford remember a house boat that William Faulkner and his close friends used to ply the waters of the “Oxford Ocean,” as he called Sardis Reservoir. He had also purchased a used sailboat from a local young man who could no longer could sail due to a medical problem he had.

The saga of the “Ring Dove” came about because of the route Faulkner would take from Rowan Oak to the Square. He would walk up South 11th Street, which would take him past the rear of Dr. Billy S. Guyton’s home that faced South Lamar. The home is now the home of Cooper and Ginny Terry located at 1106 South Lamar Blvd.

Dr. Guyton’s son Arthur returned to Oxford shortly after the end of World War II. He had returned to teach at the medical school on the Ole Miss campus. He was ready to continue his already brilliant career in the medical field. In 1947, he had contracted the dreaded poliomyelitis. There was to be a long period of convalescence and therapy associated with his polio and he knew he would never be able to sail again.

“Mr. Bill mentioned to me in passing that if I ever wanted to sell my sailboat to let him know,” Guyton remembered. “At first I had too much attachment to let it go at all, but later I had come to the conclusion that I would never be able to sail again myself and finally did decide to sell it … I recalled Mr. Bill’s passing remark and called him up to see whether or not he still wanted it … he immediately said that he did … it was only a few hours later that he was already to collect the boat, and not long after he had it under sail.”

Faulkner spent many days scraping, caulking, and painting the boat. Perhaps he was thinking of the days, some 25 years before, when he sailed with shrimp fishermen out of New Orleans, or the friends from Pascagoula out into the Gulf. He also had a named picked out for his sailboat.

He did not have to tell Estelle where the name came from — it was a name they both remembered and liked. It was the “Ring Dove.” It was the name of a vessel once commanded by Capt. Elliott in the story called “The End of Tether.” Both Estelle and Faulkner had long admired the writer. It was another novelist-sailor, Joseph Conrad. Faulkner appreciated the sanctuary the Ring Dove afforded during the filming of the movie “Intruder in the Dust.”

Often Faulkner would take visitors to Rowan Oak and local residents sailing. On one occasion he took Eudora Welty with him. She was in Oxford visiting her close friend, Miss Ella Somerville. She would later speak of the day on the “Oxford Ocean” and that Faulkner seemed to her “a comforting person, sensitive yet understanding and restful to be with.”

“I’m having a fine time with my sloop,” he wrote to his publisher, Robert Haas, “I am becoming a fair free water sailor, where a dozen different weathers can happen in 30 minutes; rain and thunder squalls this time of year (it was July), and pretty exciting for about five or 10 minutes. Have blown off a few stays, but no mast or canvas yet.

“I seem to have done a really expert caulking job on her hull: 10 years old then I bought it, with about 200 feet of sail, not supposed to be fast, but she runs aways from a standard Snipe which, I understand, does five and a half knots. She will carry eight and two can sleep in the cockpit. I have a Coleman stove, water-butt, and a bottle of rum. She sails in very little wind, and can sail in and out of any hole she can turn in. Two neighbor boys and my 16-year old daughter are my crew.”

On one occasion he had gone sailing with Estelle and a few others when the wind calmed down. They were dead in the water for hours and did not make it back to Rowan Oak until three o’clock in the morning. After that, he purchased a small outboard motor to store away in the hull.

Although Faulkner had drawn money for Robert Haas and Random House to purchase the Ring Dove, he apparently used it for something else. Dr. Guyton was quoted in 1967 as saying, “There had always been a tale around the town of Oxford that Mr. Bill forgot to pay his bills.”

Dr. Guyton went on to state, “This is what obviously occurred at this time because several months passed and I had still not heard from the $300. After three or four months I mentioned this to Mac (Malcolm Franklin, Faulkner’s stepson) and Mac mentioned it to Mr. Bill. The very next morning about 7:30 a taxi drove up to the front of my house and Mr. Bill came in bearing a check for the boat with abject apologies.”