From 911 dispatcher to 6th-grade teacher 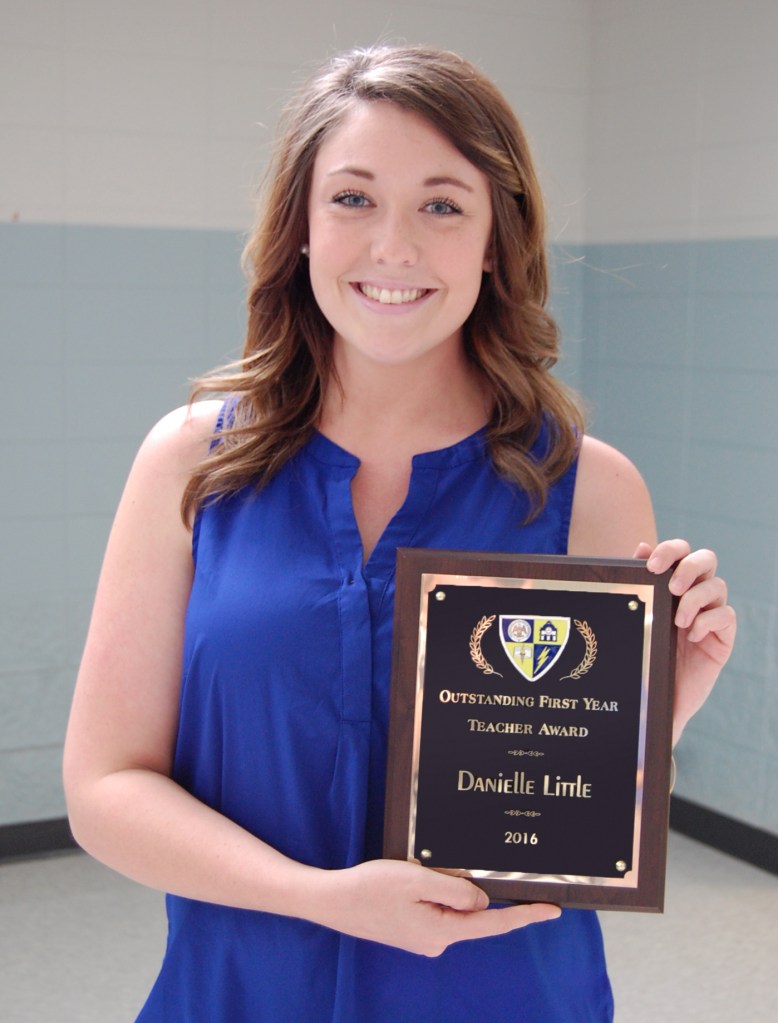 By 6:45 each morning, Danielle Little arrives at the Oxford Learning Center to prepare for morning lessons. The Horn Lake native is in her second year of teaching at the center and received the honor of being the Oxford School District’s 2016 First Year Teacher of the Year last spring, chosen out of eight first-year teachers across the district.

These days, Little’s daily schedule is jam-packed with a combination of teaching, grading and studying for graduate courses as she works toward a master’s degree in special education. Three years ago, Little’s life looked very different. The Oxford teacher worked her way through college while also holding down a job as a 911 dispatcher. During her time as an undergraduate, Little regularly worked through the night and then commuted more than an hour to Oxford throughout the week.

“I go to bed thinking about the week ahead of me,” she said. “While I’m asleep, I think of lesson plans. I wake up thinking of things I can do for my kids to learn.”

At the Oxford Learning Center, Little teaches an accelerated program for students who have failed sixth-grade math. The Step Up Program hired Little immediately after she graduated in 2015 with her bachelor’s degree in elementary education. Little works with these students to get them ready to proceed to the eighth-grade by combining a version of sixth and seventh-grade math in one year.

“When I interviewed Danielle for this job, I was very impressed by her ability to motivate others and I knew that would be a crucial piece in leading this program,” said Oxford Learning Center principal Kathy Howington. “The students take Ms. Little very seriously because they know that she cares for them and wants them to do their best. They’re a community and they’re closely bonded.”

Little’s motivation to help students succeed stems from her own negative experience with math in middle school. After partaking in her high school’s childcare program Little knew she wanted to change lives as an educator.

“I decided I wanted to get my degree in education so that I could go back to middle schools and help kids with math who just absolutely hate it,” said Little. “Once you’re in 6th or 7th grade, if you don’t have the basics then you’ve lost all interest—you don’t want to do math, everybody hates math, no one likes math class.”

For her students, Little is a calm, steady voice during difficult times in an accelerated math class, but she is no stranger to that role.

“I ended up landing the job as a 911 dispatcher because of my calm voice,” Little said. “When you answer 911, you have to have a calm voice and demeanor that people are going to listen to and respect during an emergency.”

While working as a full-time teacher at the Oxford Learning Center, Little is also pursuing a master’s degree in special education.

“I’m getting my master’s in special education because it’s going to help me with this program even more,” she said. “I have special education children in my classroom, and this degree will give me a better understanding of what these kids need.”

The successful teacher and avid Pokémon Go player plans to stay with the Step Up Program for several years. Little hopes to eventually move into an administrative role with the program.

“I would love to be the program coordinator in the future,” she said. “That way I can work more on curriculum development, continuing the success of this program.”