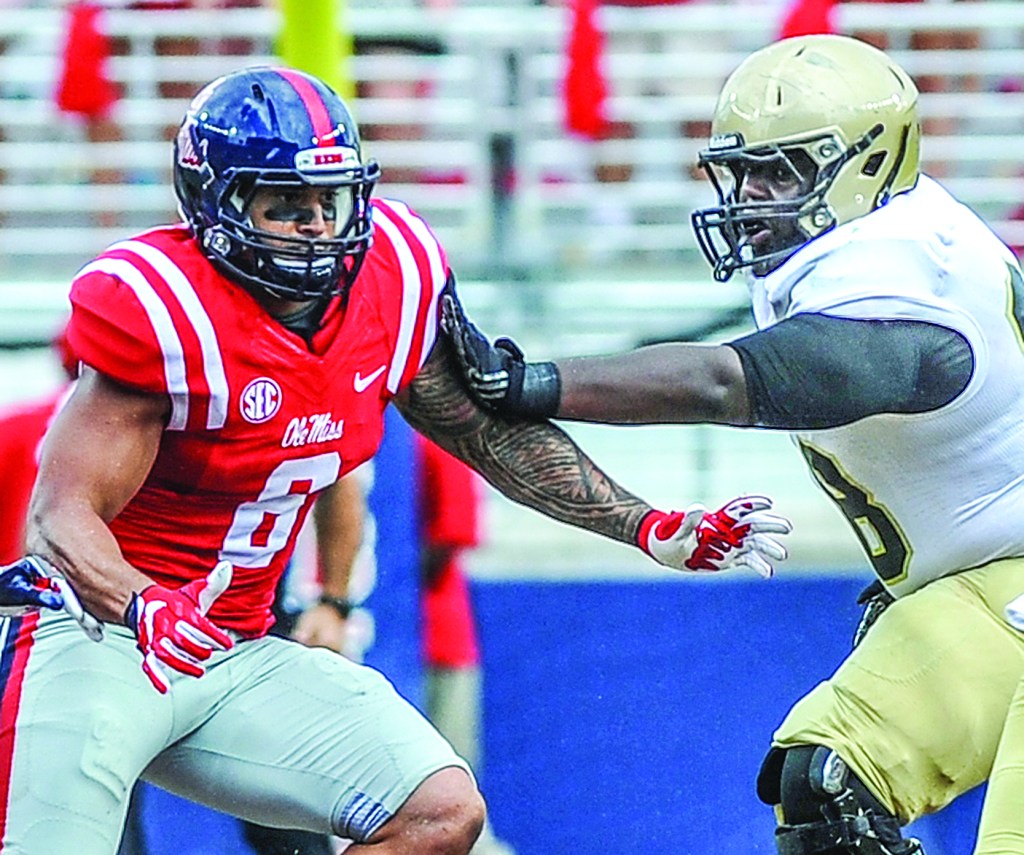 When former Oregon State linebacker Rommel Mageo transferred to Ole Miss earlier this year, many expected it was not if but when he would earn the starting mike position.

Turns out the answer is this week.

Mageo was listed at the No. 1 middle linebacker on the updated depth chart ahead of No. 19 Ole Miss’ game against No. 1 Alabama on Saturday. Sophomore junior college transfer Detric Bing-Dukes was listed behind Mageo with DeMarquis Gates shifting back to the stinger, or outside, spot.

In last week’s game against Wofford, Mageo got the nod to start and finished with a team-high eight tackles, three of them solo. He did not start in the season opener against Florida State but did record three tackles.

“It’s still too early to tell,” Ole Miss coach Hugh Freeze said Monday when asked how Mageo’s progress has been two weeks into the regular season. “I keep saying that, but last week is not a good judge of how he’s going to fit the zone and the power (runs) because we didn’t see it. I love the kid and I like the way he prepares, but it’s just too early to tell.”

During fall camp, it was well documented that it was taking an extended period of time for Mageo to adapt to the new defensive scheme, and it wasn’t known when the Pago Pago, American Samoa native would see increased playing time.

The past two weeks have proven the adapting is going quite well.

Identity crisis
There was one common theme during Freeze’s press conference on Monday: it is too early to tell much of anything about this year’s team.

Florida State was a good barometer for Freeze and his staff to gauge what kind of identity the team could have, but a second-half collapse against the then-No. 4 ranked Seminoles created a double-sided coin. Then going against a Football Championship Subdivision school in Wofford was not the best matchup in the second week of the season to provide a good enough sample size.

“Still a little early,” Freeze said. “I think the first half of Florida State we looked like one of the nation’s top 10 teams and the second half not so much. It is hard to tell about last week. … With the schedule set up and the way we performed in the first week, it is kind of hard to tell who we are yet.”

Injury update
Defensive end Victor Evans missed most of the second half against Wofford. It was due to suffering a head injury.

Freeze said on Monday that Evans was in the concussion protocol, had passed all his tests up to this point and expected him to be OK for Alabama.

“(Evans) should be fine, but we leave that up to the docs,” Freeze said.