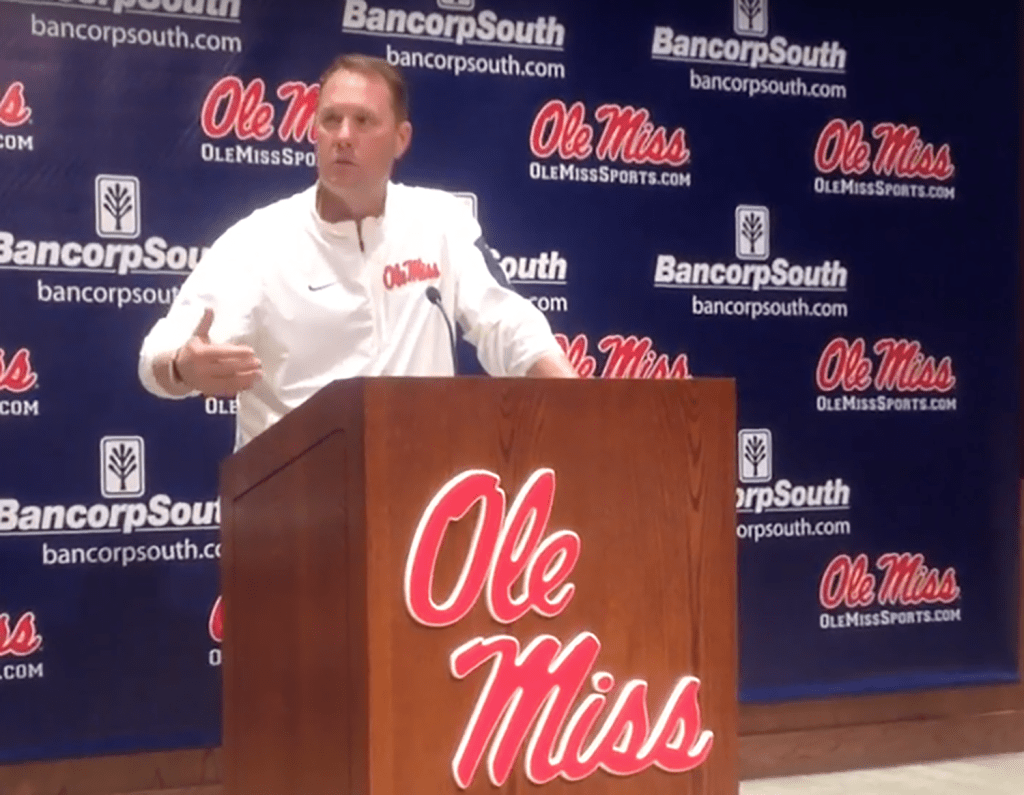 Ole Miss coach Hugh Freeze held his weekly press conference Monday morning ahead of the 19th-ranked Rebels’ game against No. 1 Alabama on Saturday, hitting on a number of topics from the reason for Ole Miss’ success against the Crimson Tide the last two seasons to this year’s Alabama team being no different from Nick Saban’s usual teams that lean on defense and the running game.

Alabama is allowing just 216 yards and 8 points through its first two games.

Watch Freeze speak on these topics and more in the following video.