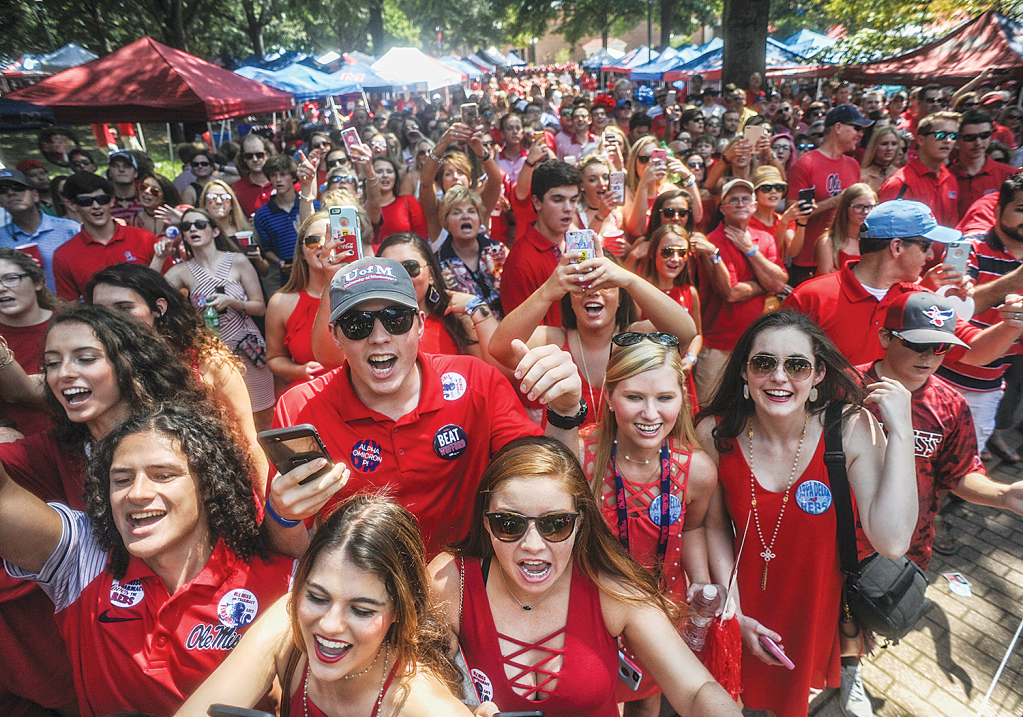 Jason Lucas watched as other homeowners made tons of cash renting out their homes on football game weekends and decided to give it a try himself this season.

While it comes with a few inconveniences, he’s hoping the extra cash in his pocket will make it worth it.

Lucas owns a three-bedroom home in Oxford and recently put it up for rent on the Vacation Rentals By Owners, or VRBO, website; however, he’s only renting it as a two-bedroom house.

“I put anything I didn’t want someone to touch or bother with into one of the bedrooms and put a deadbolt on the door,” he said.

He plans on staying with friends while his own home is rented out.

“Last year I had some buddies who wanted to come up for a game and they couldn’t find a hotel room,” he said. “They had to go to Batesville. So I saw there was a need.”

Before renting out his home, he asked his attorney to draw up a simple rental contract. The same attorney suggested going through VRBO.

“He said most of his clients go through there,” Lucas said. “They offer rental insurance and it’s a reputable rental company.”

He’s charging $1,000 to $1,200 for the weekend, depending on the game. He said he didn’t get it booked for this weekend, but has a reservation in place for next week’s game against Georgia.

“For weeks, every thing’s been all about the Alabama game at work,” said Lucas, who works for Aramark on the campus of the University of Mississippi. “But everyone’s been calling to book it for the Georgia game.”

Lucas isn’t the only one who has noticed that there may be fewer people coming from out of town for this weekend’s game than originally expected.

Oxford Police Maj. Jeff McCutchen said he’s heard from people at the Ole Miss ticket office that sales are down from what they projected.

“I’ve heard some talk that the crowds may not be as big as expected,” McCutchen said. “It could be the weather predictions but if the weather changes, they may come on and come.”

While some may decide to skip the game due to weather or whatever other reasons, OPD is still expecting Oxford to be a busy place Saturday and Sunday and are planning for large crowds.

“We’ll be running a maximum staff,” McCutchen said. “But we do that for all home games.”

OPD and other city officials are encouraging visitors and local residents to use the shuttles and buses around town to get to campus to watch the game that starts at 2:30 p.m.

The Oxford-University Transit will have two buses running every 15 minutes starting at 9 a.m. Saturday morning. The buses will pick up from the Jackson Avenue Center near the Old Oxford Mall and stop about two hours after the game. The university funds the game-day shuttle service.

The OUT shuttles are free of charge, however, transit officials ask everyone to visit the OUT website, www.oxfordms.net/visitors/gameday-shuttle-service.html, to read the rules of what items are allowed or not allowed to be carried onto the bus. Some items banned from the bus include weapons, artificial noise makers, open alcoholic beverages, tents, pets and large coolers over 40 quarts.

OUT Manager Ron Biggs said there were a few people trying to bring large coolers onto the bus last weekend during the Wofford game.

“Most people were aware of the rules but there’s a few who weren’t,” he said.

Backpacks and track bags will also not be allowed inside the Vaught-Hemingway Stadium.

Game-day visitors who have a permit to park on campus will be permitted to enter from any campus entrance except those on Gertrude-Ford Boulevard. Permit holders must park only in the lot type that matches their permit designation.

The city of Oxford contracted with Cline Tours to provide another shuttle option to and from the game. Riders can park at Oxford High School or Northwest Mississippi Community College. Adults 13 and up pay $10. Children 7 to 13 are $50 and children 6 years old and younger are free.

The Double Decker bus will also be running people to the Grove from the Square at no charge starting at 11 a.m. The bus doesn’t run after the game begins.

McCutchen said left turns will be allowed at signaled intersections only.

“Those coming out of shopping centers wanting to go left will have to go right and find a traffic signal,” McCutchen said. “But if it gets congested, that could change and we may not allow any left-hand turns.”

Long-term parking is discouraged from the downtown Square. Meters will be programmed to only allow someone to pay for three hours at a time, according to Parking Director Matt Davis.

If someone wants to park longer, they cannot pay any more money until the meter runs out after three hours.