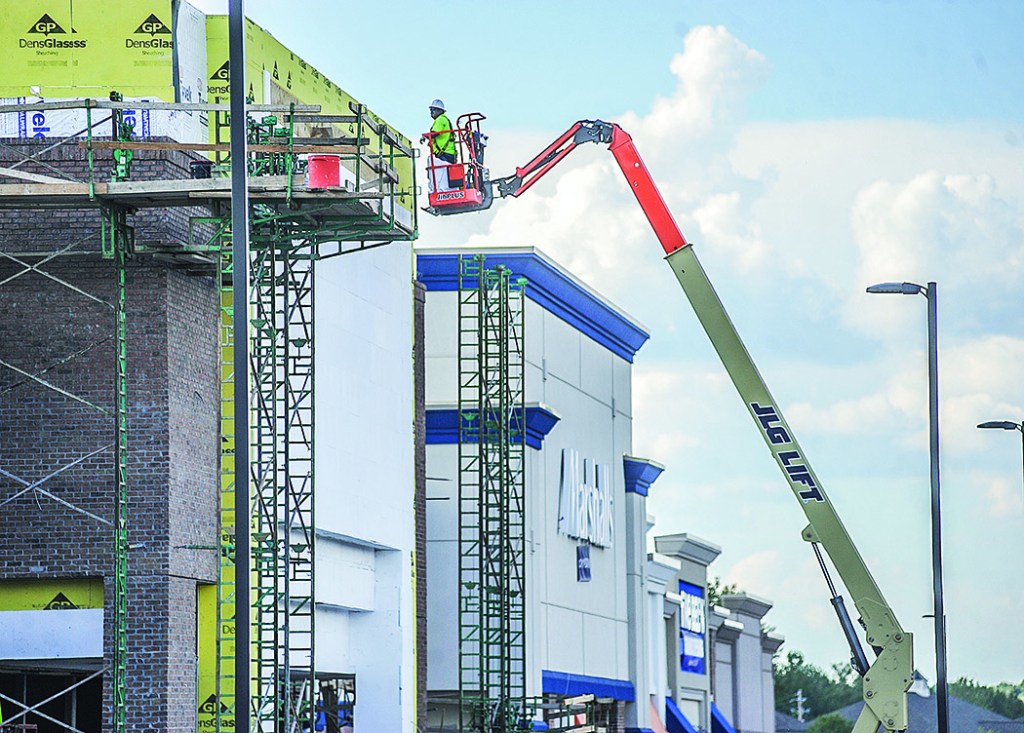 Work continues at the Oxford Galleria II, in Oxford, Miss. on Tuesday, September 13, 2016.

If a dome dropped down and covered Galleria I, Galleria II and Oxford Market Place, it would be a super regional mall with more than 1 million-square-feet of retail space, says developer John Trezevant, president of Trezevant Realty Corporation, who owns the Gallerias and is the former owner of Oxford Market Place.

“We will be pulling shoppers from a 70-80-mile radius,” Trezevant said.

The Galleria II shopping center is still under construction; however, businesses are already starting to open.

The entire center is 220,000-square feet of shops and restaurants.

“About 65 percent of those buildings are still under construction in varying stages of being complete,” Trezevant said recently.

“We continue to strive to bring the highest quality products and services to the communities that we are part of,” said Lauren Hobart, executive vice president and chief marketing officer for Dick’s Sporting Goods.

“The opening of our newest Dick’s Sporting Goods in Oxford will enable us to serve athletes, sports fans and outdoor enthusiasts in the community at an even higher level.”

The new location will feature Nike and Under Armour shops, athletic and outdoor apparel and footwear and the latest gear for team sports, fitness, camping, hunting and fishing. More than 40 in-store services by Dick’s certified pros in sports and outdoor specialties such as bike, golf and fishing will also be available.

Ulta, Shoe Carnival and Five Below are expected to open at the end of September, Trezevant said.

“Marshall’s 20,000-square foot space is complete and has been turned over to them,” he said. “They’re expected to open sometime in October.

Ross Dress for Less is about 80 percent complete and is expected to open in February 2017. Coyote Blue Tex-Mex Cafe’ will be finished and open in November.

Mugshots Bar & Grill, one of the out parcels in Galleria II, opened this weekend. Honey Baked Ham recently signed a lease in Galleria II.

“There are some other leases we recently signed that we haven’t announced yet,” Trezevant said. “There’s another 30,000-square feet of stores we are finishing leases on.”

There are still several smaller storefronts available to rent, he said.

Trezevant said his developments have been a boost for Oxford’s economy, as well as offering residents and visitors more options for shopping and dining.

“It certainly has already created a lot of jobs in the construction field,” Trezevant said recently. “We’ve spent millions of dollars in construction materials. We’ve kept an awful lot of people employed. If you add up all the employees at each store in our shopping centers, that’s thousands of jobs for the residents of Oxford.”

Trezevant’s business partner in the Oxford Galleria II project is the David Family Trust, headed by Jimmy Davis and his family. The architect is Architect Won International. The contractor is Linkous Construction Company on the larger buildings and Bennett Hill Construction on the smaller buildings. Construction lender is Pinnacle Financial Partners out of Memphis with Rick Neal as the loan officer. Bank of Oxford funded early construction and leasing and sales were done by Trezevant Realty Corp. with lead leasing agent Taylor Trezevant.

While the most western part of West Jackson Avenue is seeing remarkable growth in new retail businesses, shops and restaurants are popping up all along the busy avenue.

Cowboy Maloney’s, which offers appliances and much more, opened up their latest store in Oxford earlier this month and held a ribbon cutting ceremony on Friday.

The store is located on West Oxford Loop, near the Galleria II.

Another restaurant, Dickey’s Barbecue, opened earlier this summer in the Galeria I shopping center.

Five Guys, another chain restaurant, will be located at the corner of Heritage Drive and Jackson Avenue and is expected to open later this year or the early part of 2017.

Not far away is a planned Chioptle restaurant on Jackson Avenue.

Cook Out, which has become very popular with the student crowd, opened not long ago in the former KFC building on Jackson Avenue. 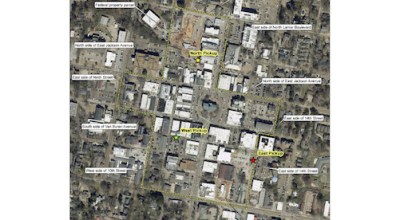 Watts gets back on his feet after community brings…