Lewis Grizzard, Ole Miss, and a lot of change since 1989 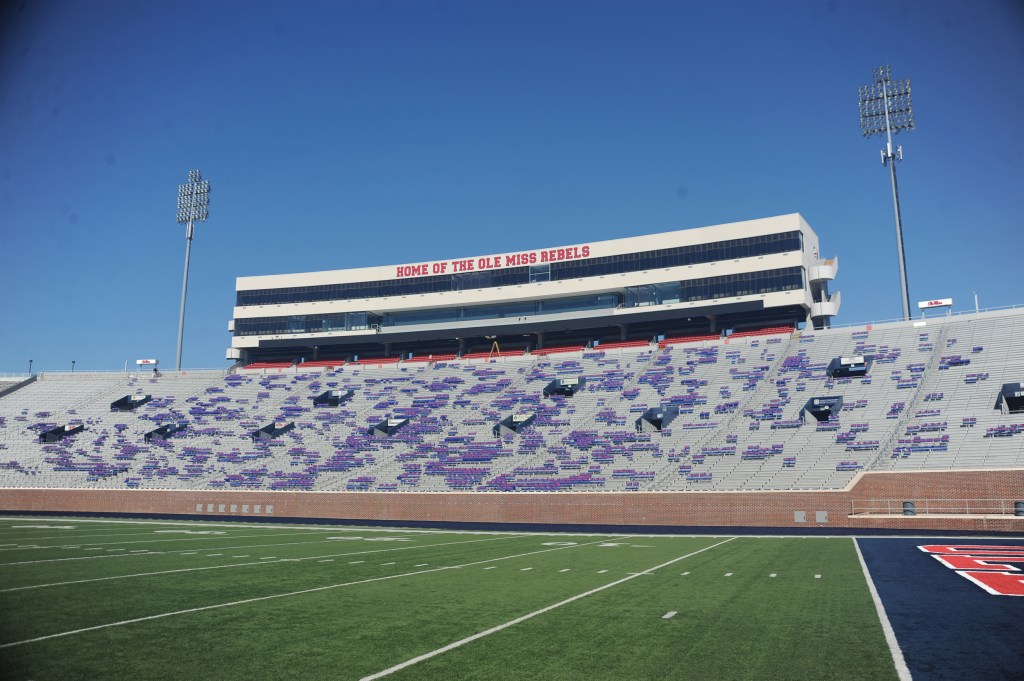 Lewis Grizzard was amused that Ole Miss managed to do what his beloved Georgia could no longer do.

The late syndicated columnist and Georgia fan had visited Oxford for several days in 1989 and penned one of his more noteworthy columns from here after watching Ole Miss beat his Bulldogs at Vaught-Hemingway Stadium.

But it’s not the game that amused Grizzard so much as the game’s surroundings. The Ole Miss band, he wrote, played so many renditions of “Dixie” during the game that he “lost count.”

Grizzard noted that the Georgia band had once played “Dixie,” but that had stopped years before.

And there was the flag, which many of the 31,000 fans in attendance that day vigorously waved.

“Everybody who wasn’t from Georgia had a Confederate flag,” Grizzard wrote.

The suggestion that every Ole Miss fan at the game waved a Confederate battle flag, affectionately called the Rebel flag, was more a generalization than fact since many by 1989 had stopped the practice. But there’s no denying the general flavor of the day, and the dominance of battle flags flying.

I visited with Grizzard in his touring bus hours before that game and he complained of a hangover from the night before and of being too old for the many “beautiful” Ole Miss coeds.

Later, Jim Beam flowed in the stadium without provocation and that fact, along with the pregame prayer and more, loosened Lewis up on Ole Miss enough that he was both amused and bewildered by the scene — one eerily close to what Georgia had decades before it all became politically incorrect.

“After the game here Saturday, students and alumni gathered in a shady lane called the Grove,” Grizzard wrote. “Ten or so members of the band joined them.

“And the Ole Miss people were still waving those flags and the little band was still playing ‘Dixie.’ It was 1958. So I asked a guy, ‘How can you people get away with playing ‘Dixie,’ waving your flags, praying before the game and bringing booze in?’ ‘We’re not supposed to,’ he replied. ‘But we do it anyway.’ And where do black people fit into all of this?”

Grizzard noted that half the Ole Miss football team was black, two members of the mini band were black, and that a black family was “standing outside their van, eating chicken and taking part of the post-game celebration.”

Grizzard’s column published in the Atlanta daily newspaper the next day and syndicated throughout the country in the following days, struck some Ole Miss fans as a sort of love letter.

“Maybe Mississippians, both white and black, have it figured out,” Grizzard suggested, surprised that nobody in the area was protesting the flags and “Dixie.”

Nationally, however, Grizzard’s column stuck into Ole Miss’ brand like a dagger. Imagery of Rebel fans waving Confederate battle flags and the band playing “Dixie” while Jim Beam flowed and everybody displayed a geewow, we-just-won-the-war giddiness with it all was perhaps a historical tipping point for these traditions.

Even Grizzard, in his warm-glow portrait, noted that Ole Miss seemed like it was stuck in 1958 and everything felt like a scene from “Back to the Future.” Years more passed before it all happened came officially down, but the flag frenzy was never again that robust inside Vaught Hemingway Stadium.

The playing of “Dixie” at games was diminished, a little bit at a time. Ultimately, stronger executive actions were required to get it all done, but that day Grizzard watched the Rebels beat the Bulldogs is the moment a new day began to emerge at Ole Miss.

Grizzard has been gone for years, now. So has the flag, since sticks were banned from the university’s home stadium in 1997. “Dixie” is no longer on the Ole Miss band’s playlist, either.

Sure, some Jim Beam and more still flows. But Ole Miss, as Georgia fans will see this coming Saturday, is no longer back to the future.

DAVID MAGEE is Publisher of The Oxford Eagle. You can contact him at david.magee@oxfordeagle. com.