Ole Miss vows to ‘respond’ with No. 12 Georgia up next 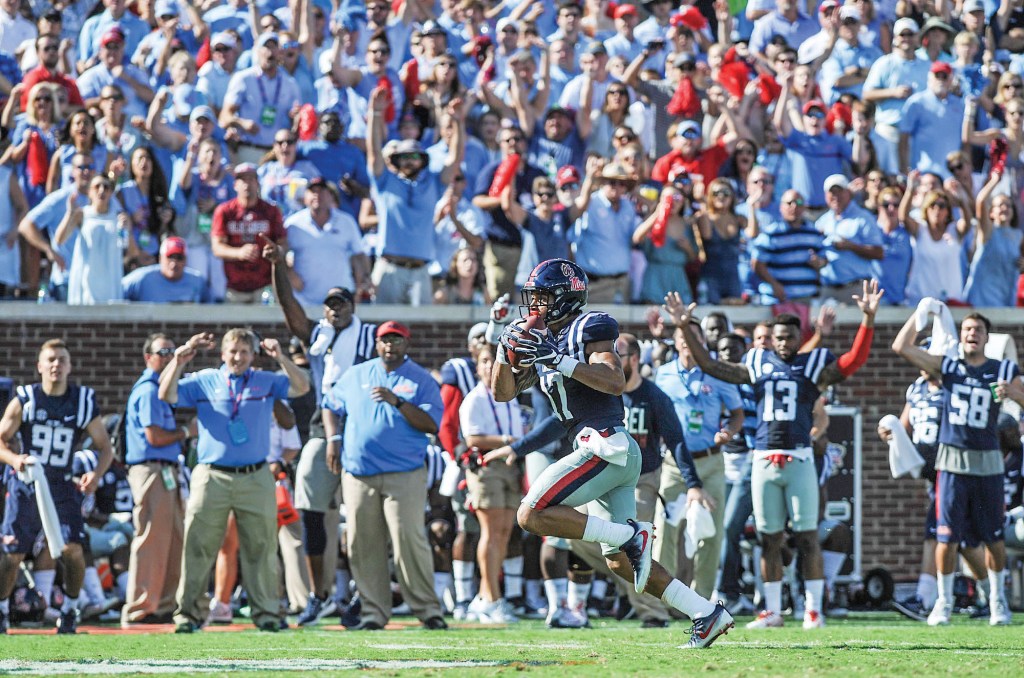 Ole Miss’ early season gauntlet has gotten the best of the Rebels.

And it’s not over yet.

Ole Miss’ string of top-25 opponents will continue Saturday when the Rebels welcome No. 12 Georgia to Vaught-Hemingway Stadium (11 a.m., ESPN). The only break in the season’s first month came in Ole Miss’ lone win so far over FCS foe Wofford on Sept. 10 while losses to No. 13 Florida State and No. 1 Alabama were more bitter to swallow after the Rebels led by 20-plus points late in the first half against each.

But the Rebels (1-2, 0-1 Southeastern Conference) don’t have time to dwell on what could’ve been.

“We’ll be excited as coaches to get them in here (Sunday), put this one in the trash and get ready for Georgia,” Ole Miss coach Hugh Freeze said following the 48-43 loss to the Crimson Tide on Saturday.

Georgia (3-0, 1-0) survived a scare from Missouri over the weekend to stay unbeaten and will look familiar to what Ole Miss has already seen from the Tide and Seminoles. The defense will face another true freshman quarterback in Jacob Eason, who tossed the game-winning touchdown in Georgia’s 28-27 win over the Tigers, and another strong running attack led by Nick Chubb, who’s second in the league with 365 rushing yards after coming back from last season’s gruesome knee injury.

“We have to be smarter about our fits across the board — linebackers, secondary and so forth,” Wommack said. “We’ve got work to do.”

Turnovers have been a problem for the offense against FBS competition, two of which directly resulted in touchdowns for Alabama. Ole Miss combined to cough it up six times against Florida State and Alabama, leaving the Rebels trying to clean it up in the future.

“The SEC is a grind,” tight end Evan Engram said. “Every team goes through it, so anything can happen. We’ve got to play for ourselves, take every game like it’s a championship game and win out and see what happens.”

Engram pointed to himself as well as other veterans such as John Youngblood, D.J. Jones and Chad Kelly to keep the morale high on a team with just as many youngsters who are playing significant snaps for the first time, particularly on a defense that’s starting two freshmen and a sophomore in the secondary.

With a schedule that’s not getting any easier, there’s not an alternative.

“If the leadership of this team is what I think it is — and we’ve played some good teams — I expect them to respond like they always have,” Freeze said.