Watts gets back on his feet after community brings support 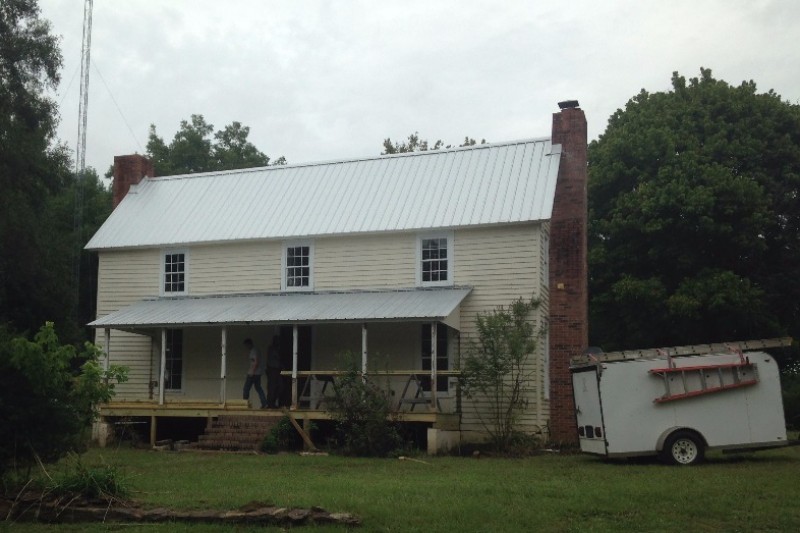 When Lafayette County resident Robert Watts had his box trailer filled with every tool he owned stolen two weeks ago, he thought his livelihood was over and worried about how he would support his family.

After his story ran in the EAGLE, friends, family and even strangers responded immediately with offers to lend Watts tools or make a donation so he could replace what he lost. A friend and long-time customer of the craftsman, Angela Atkins, started a Go Fund Me page which has raised more than $3,000 as of Friday.

“Rob has worked on my old house, off and on, for almost three years, completely transforming the place,” Atkins said. “For most of that time, he’s parked his tool trailer in my front yard.”

On Labor Day weekend, that tool trailer was stolen off property on County Road 380, between Oxford and the Paris community.

Lafayette County Sheriff’s Investigator Alan Wilburn said Friday there haven’t been any arrests in the case.

Watts said he’s accepted he will probably never see those tools again; however, the generosity showed to him by the community and beyond has softened the blow.

“How do you say ‘thank you’ for something like this?” Watts said Sunday. “I don’t know. I don’t think I ever can say it enough.”

Watts, 52, is the owner of Team Watts Construction and has lived in Lafayette County for most of his life.

Watts said with the donations he’s been able to replace the trailer and about 50 percent of the tools. He’s had old friends and strangers offer him money, tools and gift cards to Home Depot.

“I had a hard time accepting things from people,” Watts said. “An old friend of mine reminded me of some of the work I’ve done for other people and I told him, ‘Well they needed help.’ And he said, ‘Sound familiar?’ So I felt better about it after that.”

A well-known restaurant chain owner who recently purchased land near Atkins’ home walked up to Watts recently and gave him a $1,000 check.

“This man had never laid eyes on me before,” Watts said. “It’s incredible really.”

While Watts appreciates all that people have done for his family, he said he no longer needs help.

“We’re OK now,” he said. “Thanks to everyone’s generosity, we’re OK. I got some tools and we’re back at work now.”

Atkins said if anyone is deserving of such generosity from strangers, it’s Watts.

“After the Pine Flat tornadoes, he helped rebuild homes that were destroyed,” she said. “It’s karma coming back to him.”