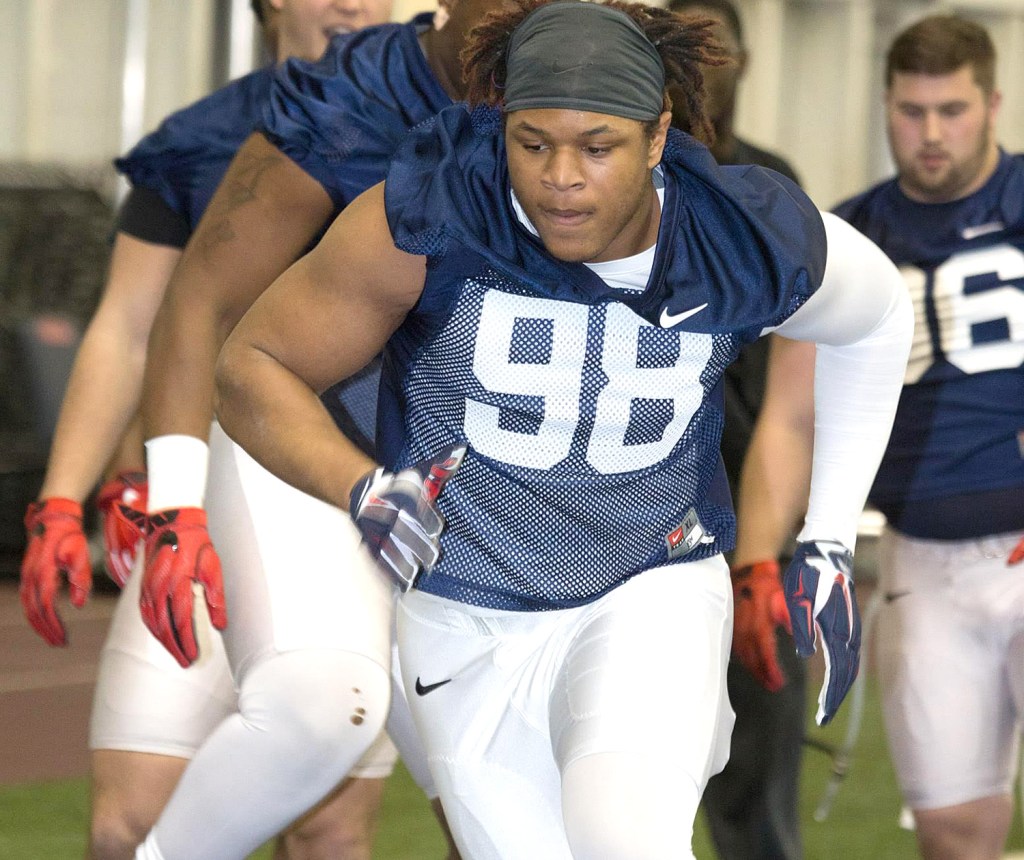 Ole Miss coach Hugh Freeze didn’t give much of an update on Charles Wiley’s legal situation stemming from an offseason arrest, but it’s clear there are some things that still have to be ironed out.

Freeze reiterated Wednesday on the Southeastern Conference coaches teleconference that the true freshman defensive end will not play until the situation is completely resolved. Wiley was arrested on a domestic violence charge in July with Freeze saying in a statement at the time that Wiley was suspended from all team activities as the legal process took its course, though Wiley returned to practice during fall camp after Freeze said the facts of the case at that point allowed for it.

Wiley, who was scheduled to appear in court on Aug. 24, hasn’t been allowed to play.

“Do you remember my earlier statement on him?” Freeze said when asked about Wiley’s legal status. “He will never step on the field until it’s cleared up.”

Freeze’s comments came a day after defensive line coach Chris Kiffin said he was preparing Wiley to play should the Rebels need him at a position that’s been become thin with Fadol Brown (offseason foot surgery) possibly done for the season and Victor Evans sitting out against Alabama with a concussion, though Evans is practicing this week and is expected to be available Saturday against No. 12 Georgia (11 a.m., ESPN). Kiffin said he wasn’t sure about Wiley’s legal standing, adding, “I’m just getting him prepared to play when he can.”

Wiley and a female, Legend Fultz, were both taken in and charged with domestic violence simple assault on July 25 after Oxford police responded to a 911 call about a disturbance at 709 McClarty Road, according to an incident report obtained by the EAGLE two days after the arrests. Cornerback Ken Webster and defensive end Victor Evans were also at the residence when police arrived, but no other details were listed in the report.