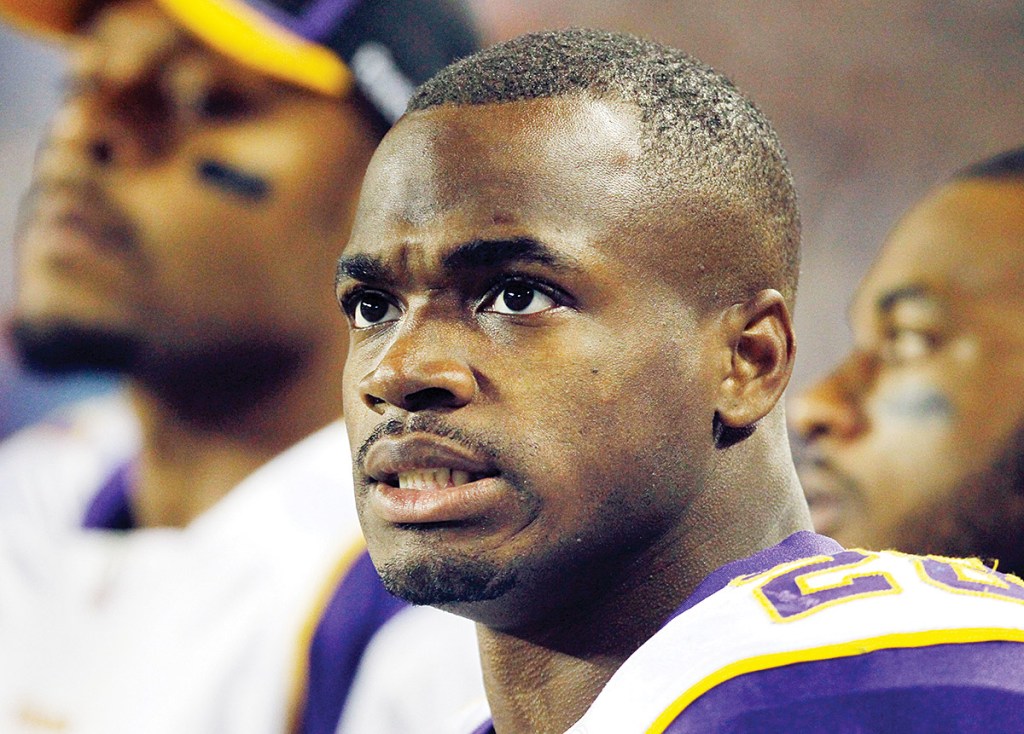 In this Oct. 16, 2011, file photo, Minnesota Vikings running back Adrian Peterson watches from the sidelines during the first half of an NFL football game in Chicago. (AP Photo/Charles Rex Arbogast, File)

EDEN PRAIRIE, Minn. — Adrian Peterson will have surgery on his right knee to repair a torn meniscus, putting his season and perhaps his 10-year run with Minnesota in question.

The Vikings have held off for now on placing the franchise’s all-time leading rusher on injured reserve, though, waiting for the medical report that will influence that decision. Peterson was hurt on Sunday night during the victory over Green Bay, needing assistance off the field after his knee was slightly twisted while being tackled at the end of a 5-yard run.

Peterson, 16th on the NFL’s all-time rushing list, has only 50 yards on 31 attempts this season. He told ESPN on Wednesday morning that the type of tear he was diagnosed with typically requires a minimum recovery time of three to four months. But Vikings coach Mike Zimmer said the timetable for Peterson’s return won’t be clear until after the procedure.

“Everything is possible,” Zimmer said. “It could be season ending. It could be three weeks, four weeks. I don’t know.”

Peterson made a swift recovery from a torn ACL in his left knee suffered in the second-to-last game of the 2011 season. He came back with a flourish, in time for the 2012 opener, and won the league MVP award with 2,097 yards rushing while leading the Vikings to the playoffs.

Peterson won another NFL rushing title last year, but he’s 31 now with a contract that might not make financial sense in its current state for the Vikings to carry next year. The scheduled salary cap hit for 2017 is $18 million, so even if he were fully healthy this season his status was bound to reach a crossroad. The Vikings could try to bring him back at a reduced rate with a restructuring, but he might prefer to be released and test the market for the first time in his career.

That’s a matter for another day, though. The Vikings (2-0) have a visit to defending NFC champion Carolina on Sunday, with Jerick McKinnon set to take Peterson’s place as the featured running back. Matt Asiata has proven to be a capable backup,

“I have a lot of confidence in those two guys. I think they’re both different types of runners, but I think the combination of the two can help us,” Zimmer said.