Oxford begins Region 1-5A play with test at West Point 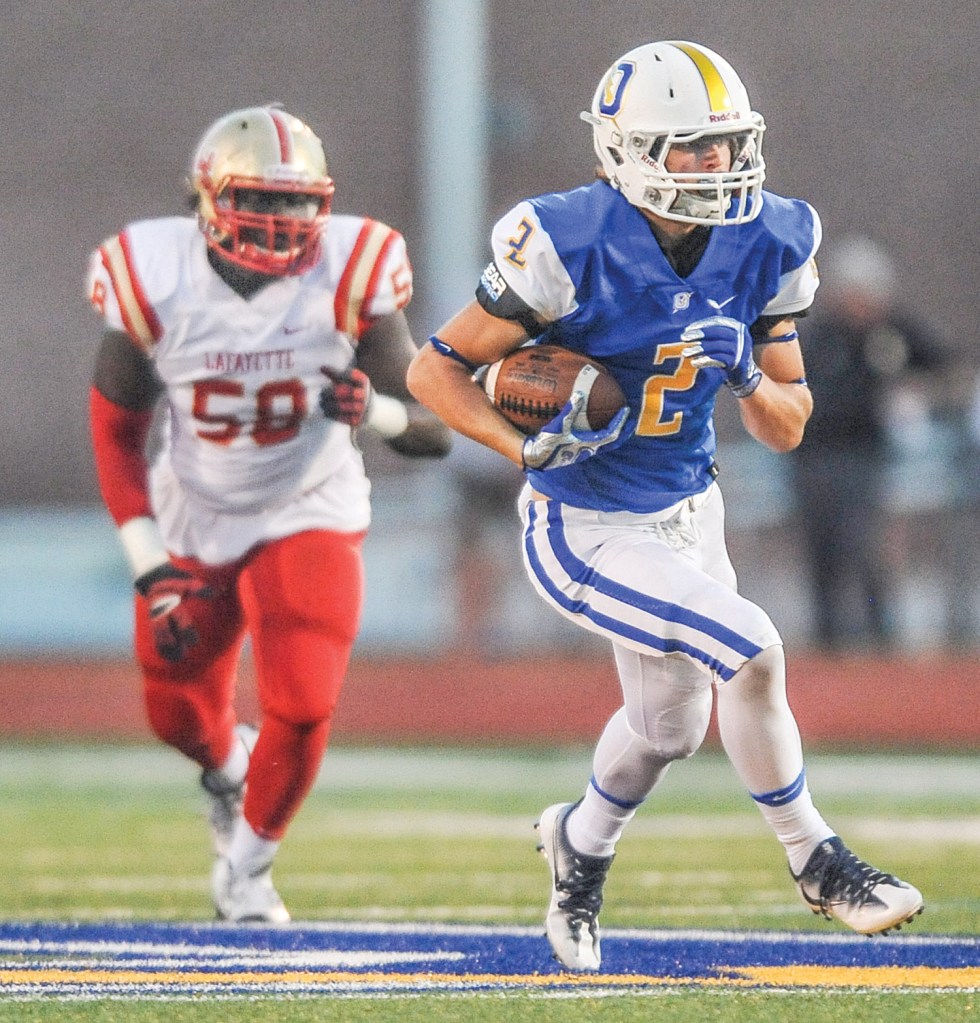 Oxford’s Preston Perkins (2) and the rest of the Chargers’ offense will need more than three points if they are going to knock off West Point for a third straight year. (Bruce Newman)

Oxford has done some good things through its first four games while there are plenty of areas in which the Chargers can improve.

But what’s done is done, and Oxford is keeping it all in the past as the Chargers start fresh with the most important part of their schedule. The games that determine Oxford’s postseason fate begin with a stiff road test Friday at No. 2 West Point in the Region 1-5A opener for both teams.

“That’s really our mentality right now,” Oxford coach Chris Cutcliffe said. “I think our guys have responded on the practice field with a great week and a half since that Lafayette game. Ultimately it’s just the first district ballgame regardless of the opponent, and we’ve got to go out and show that we’re ready to make our way through the district schedule.”

The games Oxford (2-2) has already played have highlighted some problem areas the Chargers have been working to improve since their last time out against Lafayette on Sept. 9.

Oxford is coming off a bye week following its 23-3 loss to the Commodores, one which the Chargers used to address their inconsistency on offense. The Chargers put up more than 20 points in wins over Southaven and Madison Central but failed to reach that mark against Starkville and Lafayette, which held Oxford without a touchdown for the first time since 2004.

“We worked on finishing drives,” Cutcliffe said. “We moved the ball fairly well (against Lafayette), particularly in the first half, but we didn’t produce many points. We’ve got to execute better in the red zone and just finish drives.”

It won’t be easy for quarterback John Reece McClure and the rest of the Chargers against a West Point defense that’s held three of its first four opponents to 13 points or less. The Green Wave (3-1) had their best performance last week against perennial 4A power Noxubee County, forcing a handful of turnovers in a 47-6 pasting of the Tigers that turned heads around the state.

“They play really hard, and that affirmed it seeing that score,” Cutcliffe said. “That’s the type of defense they are. They’re aggressive and make plays.”

Oxford’s defense will likely get a heavy dose of Mississippi State commit Marcus Murphy, who needed just 14 carries to rack up 152 yards and three scores against Noxubee County and is averaging 6.7 yards a carry. But West Point’s offense is more than Murphy with quarterback Clayton Knight (24 of 44, 429 yards, four touchdowns) keeping defenses honest with his arm.

“The thing that is different about them this year is they’re more balanced than they’ve ever been,” Cutcliffe said. “Clayton Knight has played a lot at quarterback, and they have some weapons at receiver to go along with Marcus Murphy and the run game. They present you with some issues with their balance on offense, so you have to be sound at all times.”

By the time it’s over, Oxford will have a pretty good gauge as to how much good the extra prep time has done.

“It’s time to play,” Cutcliffe said. “We didn’t play our best football against Lafayette and it showed. You cannot afford to do that in a district ballgame or else it’s going to cost you.”