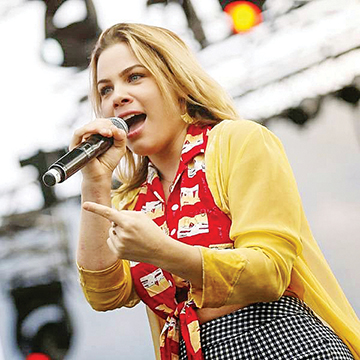 The Thacker Mountain Radio Hour will perform a special edition of its show on the grounds of Rowan Oak, late author William Faulkner’s home on Old Taylor Road, this Sunday at 7 p.m. Admission is free and a bus shuttle service will be available from the Old Taylor Road parking lot from 6-8:30 p.m.

The show is hosted by Jim Dees and Thacker house band, the Yalobushwhackers. There will be no live broadcast of Sunday’s show. It is scheduled for air later in the fall on Mississippi Public Broadcasting.

Organizers say the show will be held on Rowan Oak’s west side greensward. Lawn chairs and blankets are strongly encouraged but no coolers will be allowed. There will be food sales by Canoodle available as well as Yalobusha beer.

Rivera is the recipient of the 2016 Mississippi Institute of Arts and Letters poetry award for her second collection, Heathen (Lotus Press).

Simien grew up in Lafayette, Louisiana, and onstage with her father, two-time Grammy winner Terrance Simien. Her band, Marcella and her Lovers, uses Memphis and Muscle Shoals sounds infused with Simien’s Creole ancestors.  The latest release “The Bronze Age.”

Koerner, a Shreveport-born songwriter is the former front-woman for the New Orleans funk-band Galactic. Her CDs include, “Neutral Ground” (2013) and “Quarter Life” (2011). She is currently writing and recording her third album.