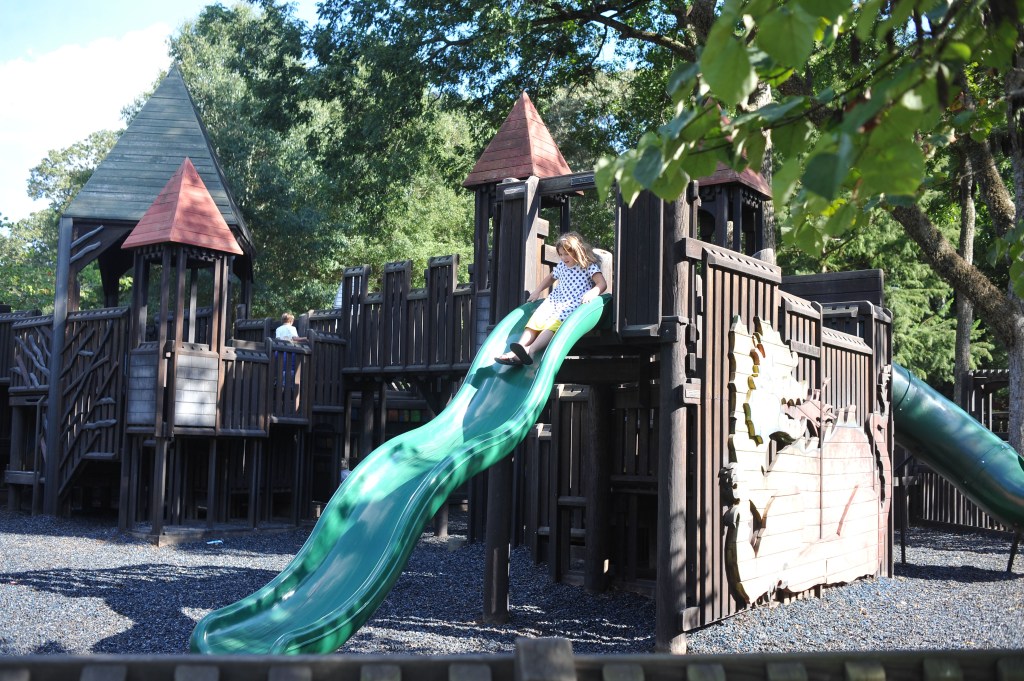 When the community came together in 1997 and decided they wanted a playground at Avent Park, miracles happened and in one day’s time, the entire playground was built by the parents and grandparents of the children who would spend hours on the new equipment.

Now almost 20 years old, some of the children who were the first to try out the new playground visit the park with their own children.

However, the playground is starting to show its age and the Oxford Park Commission is hoping the community comes together once again to revitalize the playground.

OPC Director Seth Gaines said a year-long fundraising campaign will kick off in a couple of months.

“We haven’t set our goal as we’re still getting prices together,” he said. “We need to do some repainting, replace the xylophones, put down more rubber mulch, sand and re-stain the wooden playhouses and beams, and whatever else we feel needs refurbished.”

Based on early projections, Gaines believes it will cost about $50,000 to revitalize the playground.

“We aren’t using money from OPC’s budget to do this,” he said. “It will be a community effort from fundraising to construction.”

Gaines said new equipment could be possible depending on how much money is raised.