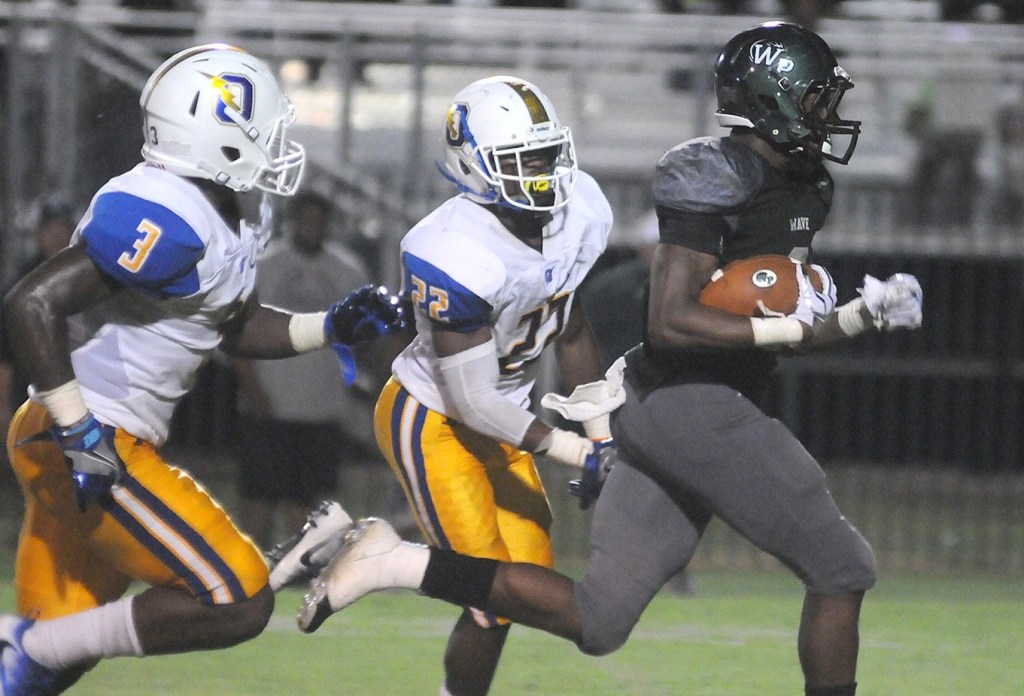 Oxford hung around with Class 5A’s second-ranked team Friday, but the Green Wave used a pair of touchdowns from Marcus Murphy to create some separation before a lengthy fumble return by CJ Melton put the game out of reach as the Chargers fell 22-8 at McAllister Field in the Region 1-5A opener for both teams.

“That was it,” Oxford coach Chris Cutcliffe said. “Every big play was made by them. We didn’t make a big play on offense, and we just didn’t execute consistently enough.”

Oxford (2-3, 0-1 Region 1-5A) went 42 yards in nine plays on its opening possession to take a quick 8-0 lead on Hiram Wadlington’s 1-yard plunge and quarterback John Reece McClure’s subsequent two-point run, but it was the only pulse the Chargers’ offense showed all night.

West Point (4-1, 1-0) answered when Murphy outran Oxford’s defense 68 yards on the Green Wave’s next play from scrimmage, but Oxford’s defense settled in from there. The Chargers held West Point to 225 yards of offense and limited Murphy, a Mississippi State commit, to 64 yards on 15 of his 17 carries.

“We held them until we could,” cornerback Devin Rockette said. “That’s all I can say.”

But Murphy got loose again for a 39-yard score late in the third quarter to give West Point its first lead at 15-8 following a successful two-point conversion. The possession was set up when McClure was sacked and fumbled at Oxford’s 43-yard line, three plays after a reverse to DQ Thomas on a fake punt that had Oxford marching just outside the red zone was backed up near midfield because of a personal foul near the end of the play.

Two possessions later, Barry Flowers lost his grip on the ball on his way to the ground with Melton scooping it up and rumbling more than 50 yards to give West Point the 14-point lead with 7:56 left.

“I thought we had a lot of momentum after that fake punt, and it all disappeared right there,” Cutcliffe said.

It was a microcosm of the Chargers’ offensive struggles. Oxford was held to fewer than 100 yards in each half and struggled to stay ahead of the chains against West Point’s defensive front with McClure getting sacked six times, five of those coming in the second half.

McClure finished 12 of 23 for 76 yards while Wadlington had 14 carries for just 31 yards for the Chargers, who have scored one touchdown over their last two games.

“It’s not any one group,” Cutcliffe said of the offense. “We just have to get all 11 people on the same page. Right now, it seems like far too often, we have one busting (an assignment) and it’s costing us from being able to execute. We’ve all got to be on the same page and execute together.”

Oxford will return home next Friday for another region tilt against Saltillo.