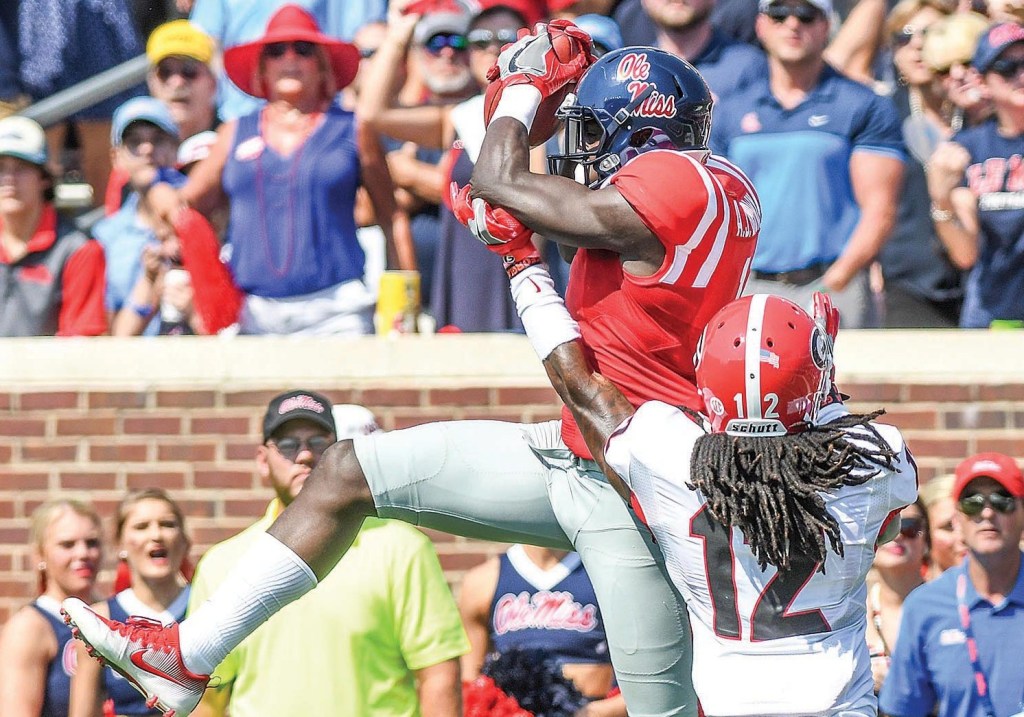 Ole Miss’ throttling of then-No. 12 Georgia on Saturday earned the Rebels a significant rise in this week’s Associated Press top 25.

The Rebels jumped seven spots to No. 16 in the latest poll released Sunday, the biggest bump for any ranked team. Ole Miss (2-2, 1-1 Southeastern Conference) played a full 60 minutes against the Bulldogs after giving up three-touchdown leads in losses to Florida State and Alabama, leading 31-0 at the half and scoring on its first possession of the second half on its way to a 45-14 win.

Ole Miss also moved up four spots to No. 17 in the Amway Coaches Poll.

The Rebels will cap their four-game homestand this Saturday with a homecoming matchup against Memphis (3-0), which stayed unbeaten with a 77-3 rout of Bowling Green late Saturday and knocked off Ole Miss 37-24 a season ago in Memphis.

Georgia was the biggest tumbler, falling to No. 25 after the 31-point defeat. Other Southeastern Conference teams in the poll are No. 1 Alabama, No. 9 Texas A&M, No. 11 Tennessee, No. 20 Arkansas and No. 23 Florida, which saw its 11-game series winning streak against the Volunteers come to an end Saturday.

The top 7 stayed the same with Ohio State, Louisville, Michigan, Clemson, Houston and Stanford following the Crimson Tide, respectively. No. 8 Wisconsin entered the top 10 with its 30-6 win over then-No. 8 Michigan State on Saturday while Washington dropped one spot to No. 10 after surviving a scare from Arizona in overtime.

No. 21 TCU re-entered the poll after a two-week absence while No. 24 Boise State made its season debut in the rankings.