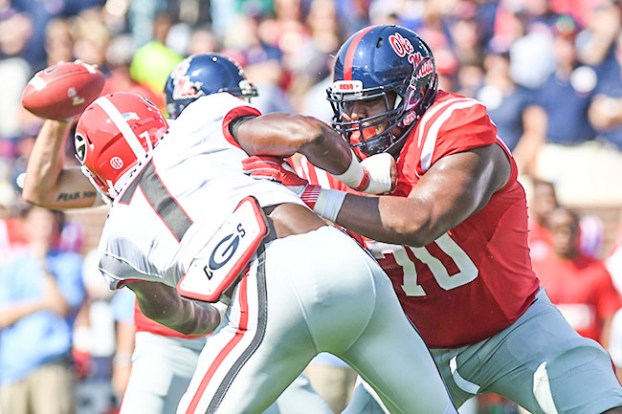 Sims helped the 16th-ranked Rebels roll up 510 total yards in a 45-14 win over then-No. 12 Georgia on Saturday at Vaught-Hemingway Stadium, the second straight week Ole Miss has eclipsed 500 yards. A third-year sophomore from Homewood, Alabama, Sims also helped pave the way for a season-high 180 rushing yards.

Sims is the first Ole Miss player to receive a weekly honor from the SEC this season. Quarterback Chad Kelly on Monday was tabbed as an honorable mention for National Performer of the Week by the College Football Performance Awards.

It’s not unusual for Ole Miss to rack up a bunch of yards through the air, but the Rebels have... read more