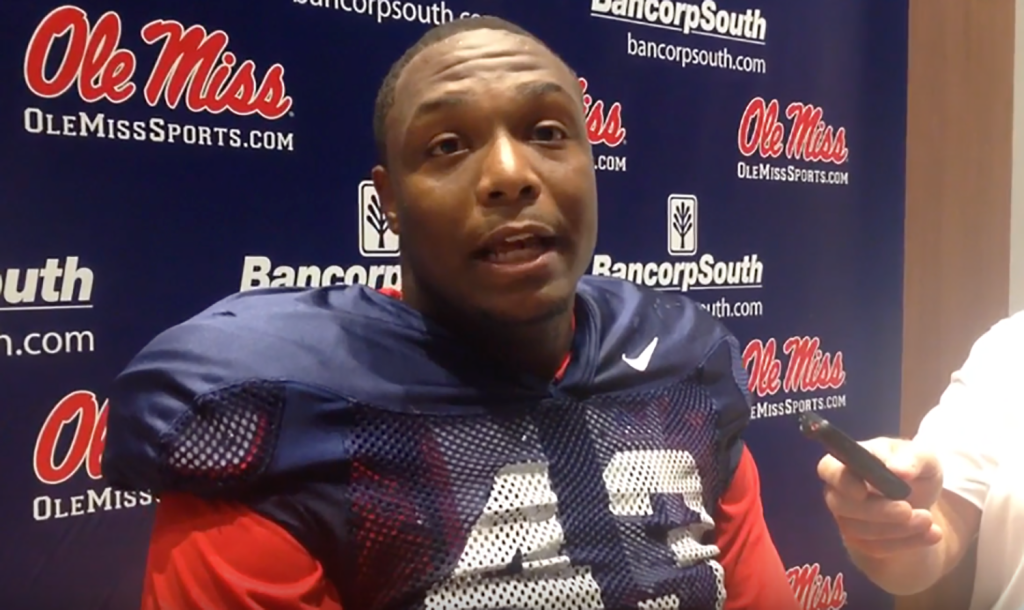 After spending all of fall camp getting up in the Rebels’ 4-2-5 defensive scheme after transferring from Iowa Western Community College this summer, Bing-Dukes got his first start at middle linebacker Saturday against Georgia, the team he originally signed with out of high school. The sophomore responded with seven tackles at a position that’s been in flux the first part of the season.

Bing-Dukes met with the media after Tuesday’s practice and talked about his performance against his former team, how he ended up at Ole Miss and more. Watch the full interview in the video below.