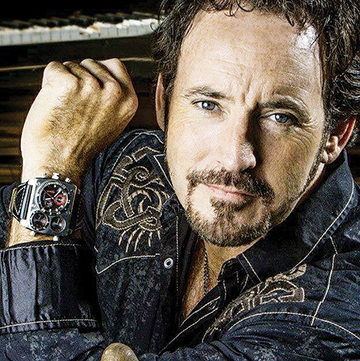 A special concert at the Gertrude Ford Arts Center next week will not only be a treat for gospel and country music fans,  but a chance for local residents to support the LOU Barksdale Boys & Girls Club of Oxford. 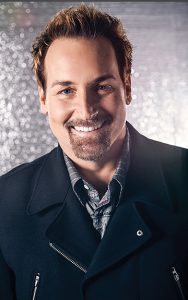 Boys and Girls board member Margaret King, who knows the two performers personally, arranged the fundraiser for the club.

“They told me they’d love to do a concert in Oxford,” she said.

With little-to-no budget to work with, members the LOU community helped put all the pieces together.

The Ford Center donated the space for the concert. However, there’s a $2,500 fee just to turn the lights on, which was paid for by the UM Division of Outreach and Continuing Education. The Inn at Ole Miss donated a room for the performers and Oxford Exchange Club members will be volunteering their time serving as ushers.

Tickets are $25 and all revenues will go to the Boys & Girls Club in Oxford.

English was originally a member of his family’s singing group, and later a member of The Gaither Vocal Band. During his solo career, he’s recorded eight studio albums. English’s highest-charting solo single was “Your Love Amazes Me,” which reached No. 10 on the Adult Contemporary chart in 1996.

During his show, English often talks about his addiction to painkillers after a spinal injury and how his faith helped him rehabilitate.

“Everyone needs to hear what he has to say,” King said. “It’s a powerful message, and opiate addiction is a big problem for so many these days.”

Edwards was a session singer for several years working with Country music greats like Naomi and Wynonna Judd, Trace Adkins, Joe Diffee and Tracy Lawrence. He’s also performed with gospel singers, including English and The Gaithers.

His recent single, “Love Got us Through,” has been rising in the charts and was dedicated to the survivors and victims of the nightclub shooting in Orlando earlier this year.

Boys and Girls Club Director Amy Goodin said the money raised from the concert will go toward events and programs for the 160 students currently attending Boys and Girls Club, Monday through Friday from 3 to 6 p.m.

“It will help us get more supplies and more staff members to help with tutoring,” she said.