Sluggish practice triggers ‘concerns about everything’ ahead of Memphis 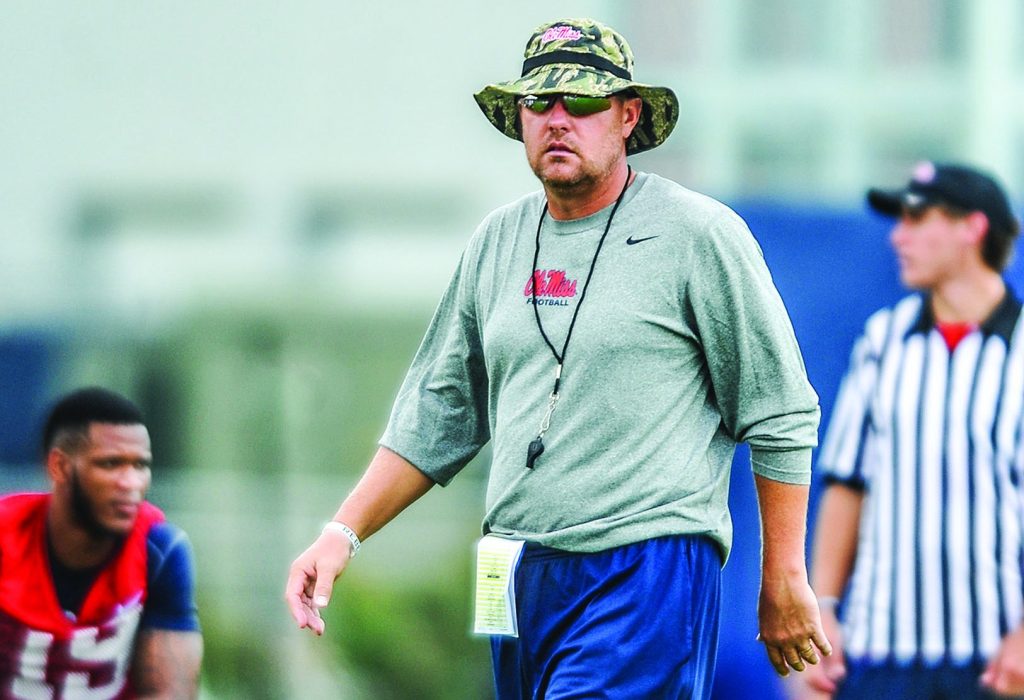 Hugh Freeze doesn’t like the way his team is preparing ahead of Saturday’s game against Memphis.

And that’s putting it mildly.

“We’ve got a lot of work to do before we play,” Freeze said following Ole Miss’ practice Wednesday. “Everything. It was not a good day. It was like pulling teeth for me to get the coaches to do their job with an urgency and the kids. It was just not a good day. We’ve got to get in here and go to work.”

The 16th-ranked Rebels (2-2, 1-1 Southeastern Conference) are coming off a 45-14 drubbing of then-No. 12 Georgia, their third top-15 opponent in the season’s first month. Freeze said there’s a worry of the energy level not being as high as usual coming off a brutal month of September, but after his team’s latest practice, it’s far from his only concern.

“I have concerns about everything right now, but you can’t use excuses in this game,” Freeze said. “You’ve got to go and execute at least, and we didn’t today.”

“It wasn’t them being injured,” Freeze said. “It was just not any attention to detail.”

Tony Bridges, who’s been overtaken at the starting corner spot opposite Davis by redshirt freshman Jalen Julius, has been a bright spot with his performances in practice this week and could be in line for more snaps against the pass-heavy Tigers (3-0), Freeze said.

But there’s a ways to go before the Rebels take the field at Vaught-Hemingway Stadium against a team that’s been just as prolific offensively as the one that beat Ole Miss 37-24 a season ago. Memphis is ranked fifth nationally in scoring (51.7 points per game) and in the top 35 in both passing offense and total offense, though the production has come against Southeast Missouri State, Kansas and Bowling Green.

“If we’re not locked in throughout the week preparing, it’ll show on Saturday,” Freeze said. “We’ve got two good days to get back in and clean up a few things.”

Freeze is spending more time helping coach defense than he ever has, a move motivated by the unit’s struggles early on.

“I didn’t think we were playing well,” Freeze said. “Ultimately the responsibility goes through the coaches to me. If I can assist in some way, I want to. I know I can assist in getting kids to do their job on every play.”

Most of Freeze’s assistance has been with the linebackers and a secondary that’s starting two freshmen and a sophomore. The Rebels rank 116th nationally against the run (239.5 yards allowed per game), 48th against the pass (203.8 yards per game) and 84th in points allowed (30 per game).

“I’m more involved with some of the planning now, and then making sure that I know the execution and the technique that we’re trying to do on each play, particularly the back end,” Freeze said. “I don’t fool around with the front end much, but trying to get a lot of eyes with (cornerbacks coach) Jason (Jones) and (safeties coach) Corey (Batoon) back there with our three safeties and two corners and our stinger (linebacker) in particular and trying to make sure we’re accountable on every play.”

Senior kicker Nathan Noble on Wednesday was announced as one of 156 semifinalists for the William V. Campbell Trophy, which is annually awarded to the nation’s top scholar-athlete.

The group will be cut to 12-14 finalists on Nov. 1 with each of them receiving an $18,000 post-graduate scholarship as a member of the National Football Foundation & College Hall of Fame National Scholar-Athlete Class. The winner, which will be announced on Dec. 6, will have his scholarship increased to $25,000.