Ole Miss gets another crack at Memphis’ defense 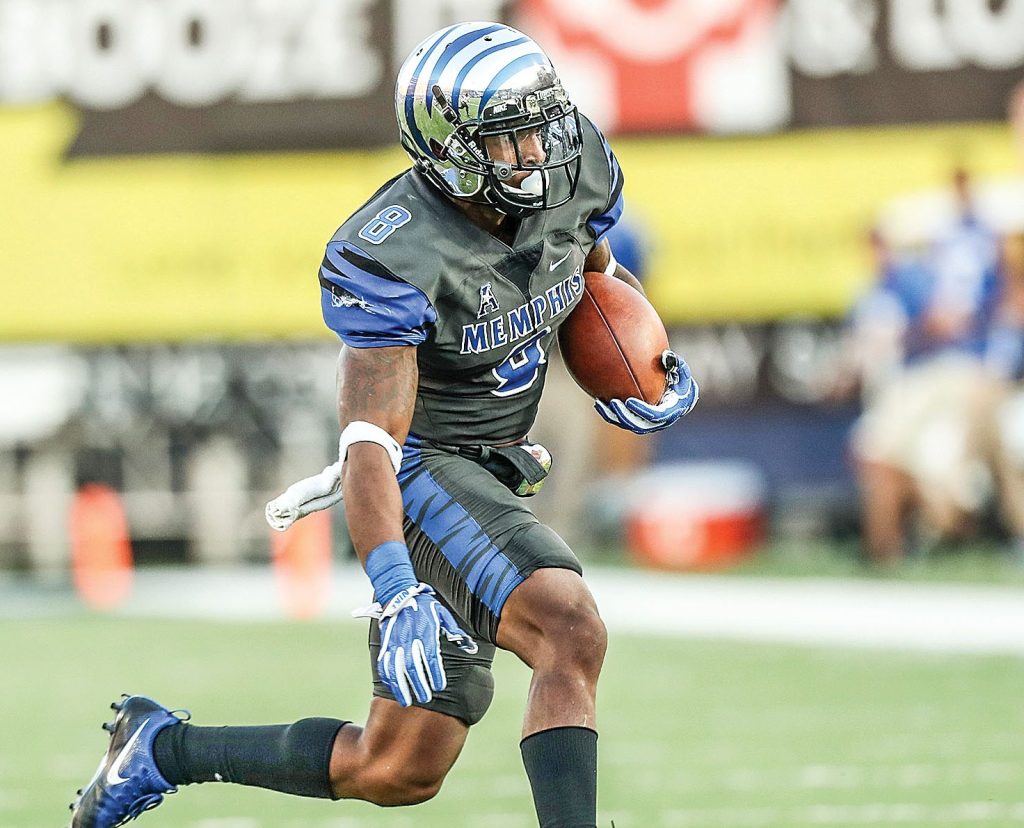 Only two teams have held Ole Miss’ offense to 24 points or less in its last 11 games.

Memphis is one of them.

In a win that sent shockwaves through the college football world last season, the Tigers held Ole Miss to exactly that many in a 13-point victory at the Liberty Bowl. No. 16 Ole Miss (2-2) averaged 35.6 points over its final five games of the season and is putting up 40 each time out this season heading into the teams’ rematch Saturday at Vaught-Hemingway Stadium (6 p.m., ESPN2).

“Nobody has stopped our offense since that game,” tight end Evan Engram said. “We’ve been a great team all around since that game, so that was definitely kind of a kick in the butt as far as getting us on the right track.”

The Rebels started fast in last year’s meeting with a pair of first-quarter touchdowns but stalled out despite piling up 480 total yards. Most of that came from Chad Kelly’s arm with Ole Miss having to play catch-up in the second half without much help from a running game that produced just 40 yards.

With Memphis usually knowing what was coming, sustaining drives was a chore as Ole Miss converted just four times on third down. The Rebels also went on fourth down twice, coming up short both times.

“We had a good lead to start the game off, and we just kind of let off the gas pedal a little bit,” Kelly said. “We’ve got to make sure we keep on rolling with this offense and keep going fast.”

Memphis (3-0) has been just as hard for teams to score on this season, though the Tigers have yet to face anything close to resembling the skill level in Ole Miss’ up-tempo attack. The Tigers have the nation’s fifth-best scoring defense (nine points allowed per game) after playing Southeast Missouri State, Kansas and Bowling Green.

But Ole Miss’ coaches and players aren’t focusing so much on who the Tigers are doing it against as much as how they’re doing it. Under first-year coordinator Chris Ball, Memphis appears more diverse with some talented players running more multiple schemes. Safety Jonathan Cook, who began his career at Alabama, leads the Tigers with 18 tackles.

“Probably more multiple this year than they were last year just watching the three games,” Ole Miss coach Hugh Freeze said. “I am not sure we have a good sample size because their games haven’t been close and they really don’t have to show a whole lot, so there are probably some things that we are not seeing.”

Memphis is also thriving on turnovers with 11 takeaways so far. The Tigers rank second nationally with a plus-2.67 turnover margin per game, making ball protection critical for Kelly, who’s responsible for six of Ole Miss’ eight turnovers but didn’t have any against Georgia last week.

“They’re athletic. They always have been,” Kelly said. “We’ve just got to make sure we go out and execute.”