Oxford looks to get offense going against Saltillo 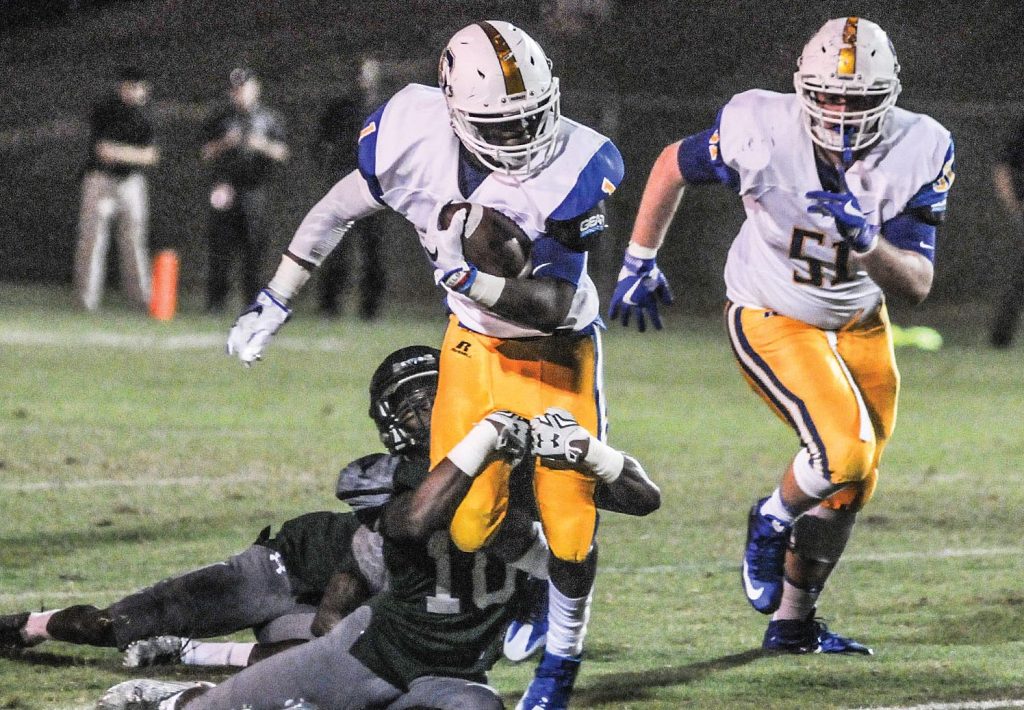 Oxford running back Hiram Wadlington (1) is tackled by West Point’s Ryan Melton (10) in West Point on Friday. The Chargers have scored 11 points over their last two games. (Davis Potter)

After suffering a 22-8 loss at the hands of the Green Wave last week, Oxford (2-3, 0-1 Region 1-5A) is looking to rebound when the Chargers host Saltillo this Friday (7 p.m., 95.5 FM). If they do not want to start off 0-2, they will need to remedy one major issue that has plagued them the last two games.

“We’ve been encouraging our guys to keep doing what they’ve been doing but to eliminate the big play,” Oxford coach Chris Cutcliffe said. “Against Lafayette and West Point, both, we gave up a handful of big plays. But defensively I thought we played very, very well against West Point.”

Oxford was held to 11 points combined against Lafayette (23-3 loss) and West Point. It is the first time Oxford has been held to single-digit scores in games since a first-round loss to Starkville in the 5A playoffs in 2011. If the Chargers want to win yet another region championship and march their way to Davis Wade Stadium in Starkville for a fourth straight opportunity at a state title, they will have to have more than a field goal or a touchdown and two-point conversion to win.

Oxford may be able to get its offense back in gear this week as the Saltillo defense is giving up 29.5 points per game to opponents.

Salitllo (1-5, 0-1) is coming off a season where it failed to win a single game and has already improved that mark this year with a 24-21 victory over Baldwyn on Sept. 16. The Tigers are coming off a region-opening loss as well, falling to Lake Cormorant 42-20 at home last week.

When looking on the game film, Cutcliffe sees a completely different Saltillo team than the one Oxford faced a season ago.

“The biggest thing that stood out to me is how hard (Saltillo) played,” Cutcliffe said. “They have had some struggles recently, but you don’t turn on the film and see a team that is not playing hard or makes a bunch of mistakes. I was very impressed with them on film, particularly their effort.”

Senior Kane Wilbanks poses a dual threat to the Oxford defense as he is able to make plays with his arm and his leg. Wilbanks is 46 of 114 for 656 yards and four touchdowns but has found the defense several times with eight interceptions. On the ground, Wilbanks leads the Tigers with 482 yards on 107 carries and five scores. Junior Dontell Young is next with 98 carries for 373 yards and three touchdowns.