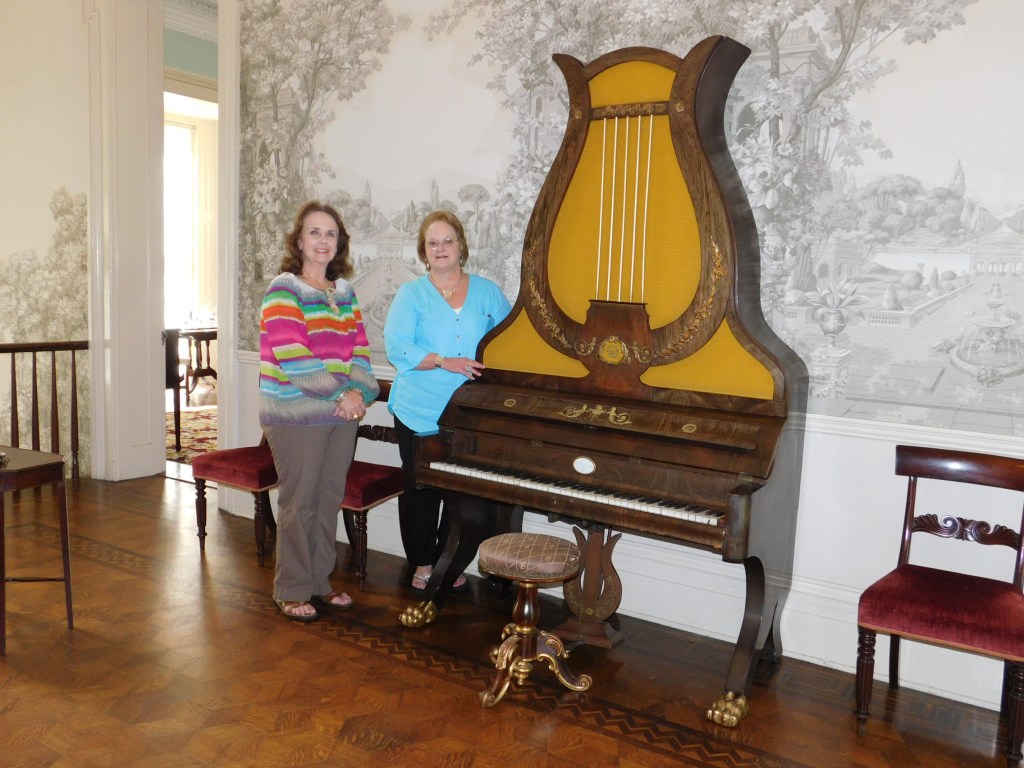 A rare piano once owned by the late J.A. Hale of Holly Springs was returned to the city from its temporary abode in Oxford last week.

The lyre-piano has found its home at Montrose, but once was kept by Hale at White Pillars, Grey Gables and Hilltop, three homes he restored and lived in.

Hale and several people around town referred to this piano as a lyre flugel, according to Pat Stubbs of Holly Springs.

Dr. Hale played piano at First Baptist Church on special occasions and was the owner of many fine antiques and historic homes. David Childers was executor of Dr. Hale’s estate.

This piano is unusual both for its longevity and its rarity.

Linda Seale, with the Holly Springs Garden Club, noticed an article announcing a new home was being sought for the piano.

“I walked into Pat Stubbs’ house and sat down,” Seale said. “I saw the paper open to the article that said they wanted to give it to a place where a lot of people could see it. The article gave the contact information for Jim Pryor with the Oxford-Lafayette County Heritage Foundation.”

The article, written by the EAGLE’s Alyssa Schnugg, said the piano was at the L.Q.C. Lamar House Museum in Oxford.

The piano, thought to have been built around 1830 in Berlin, Germany, or in Austria, was a gift to the late Liz Shiver when she was president of the Heritage Foundation. Hale had said the piano was built in Vienna, Austria, in 1835, and that it was purchased in New York.

The piano was moved to the L.Q.C. Lamar House in 2014 after Shiver’s death.

Seale believes it is one of five extant pianos of its kind in the world and can be found in some museums, including the National Music Museum and the Metropolitan Museum of Art, according to The Oxford Eagle article.

Pryor, with the Heritage Foundation, said the piano was not for sale but the foundation would consider donating it to a museum where people could see it and appreciate it.

Seale said the board of the foundation met and overwhelmingly decided to offer it to Montrose.

“I called Dr. Pryor and said, ‘What can we do to get this back? If you are looking to put it somewhere, Montrose is the place,’” said Sherry Childers, president of the Holly Springs Garden Club.

“The board met and said, ‘This is a no-brainer,” Seale said. “This is going to Montrose.”

“It just gives me chill bumps, I’m so excited,” Seale said. “And this is right up there with some of the finest pieces (of furniture) we have in the house.”

The piano was a featured part of all three of Hale’s historic homes in Holly Springs, Seale said.

“It will once again be enjoyed by our many visitors to Holly Springs,” she said. “We are so grateful to Mr. Pryor and the Heritage Foundation.”