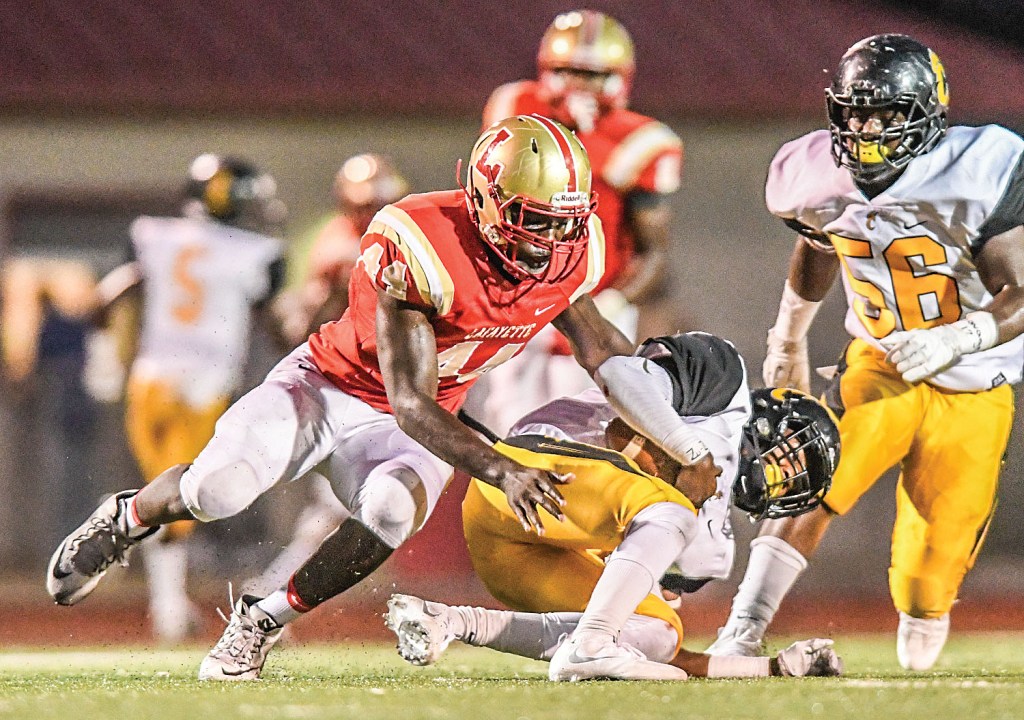 It is not an earth-shattering statement to say any team would love to be undefeated a month into its season. But with the way Lafayette has played the past three weeks, the Commodores feel like they are.

After dropping the first two games of the season, the Commodores have rattled off wins against Oxford, Louisville and most recently against Charleston last Friday.

Lafayette is rolling and at the right time.

“The past month has been big for us,” Lafayette coach Michael Fair said. “We’re starting to get a little confidence, and our guys are having confidence in each other and what we’re trying to do. It’s a fun time, and you can just see them growing up.”

Last week, Lafayette (3-2) jumped out to a 27-0 lead over defending Class 3A runner-up Charleston. It was a carryover from how the Commodores finished against Louisville two weeks ago, scoring 28 unanswered points in the second half.

During this current winning streak, Lafayette has outscored its opponents 89-31, but Fair still has not seen his team play at its best yet.

“I don’t feel like we’ve played a complete game yet,” Fair said. “We played a second half against Louisville and the first half against Charleston I feel really good about. But we’ve got a lot to work on. So we’re trying to play for four quarters and bring energy to the whole thing.”

That goal can be accomplished for the first time starting this Friday when Lafayette opens up Region 2-4A play at Ripley (7 p.m., 105.1 FM).

The Tigers (3-2) are coming off a 49-20 loss at the hands of Pontotoc last week but were riding a three-game winning streak of their before that with wins over North Pontotoc, Corinth and Saltillo.

Ripley has a balanced attack, throwing for 477 yards and rushing for nearly 700 yards and 11 total touchdowns on the year.

Senior quarterback Owen Childs is the lead passer, throwing for 366 yards and three touchdowns but does have five interceptions. Childs is also their lead run threat, carrying the ball 40 times for 225 yards and one touchdown. Sophomore Trey Blanchard has done the most damage in the end zone on the ground, scoring four times.

“We’re kind of calling this the most important game of the year,” Fair said. “First district game and the results of this game last for months now. … (Ripley) is a hard-nosed, well-coached football team. They have athletes that can stretch you on the perimeter.”

The weather has changed drastically in the past week. Fall has arrived and cooler temperatures have taken over. Most would assume the players are the ones who have embraced the arrival of colder weather, but they are not the only ones on the Lafayette sideline who are happy the humidity may  finally be gone.

“Someone asked me if (the weather) helps our big guys,” Fair said laughing. “If you look at our football staff, we’re mostly big guys. I think our coaches have a lot more energy and the players feed off of that. We’ve had a lot of energy at practice this week, and I think the weather is part of it.”