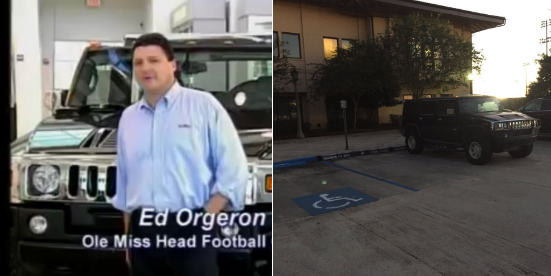 You’d think he would have eliminated all reminders of his time in Oxford after being fired in 2007, but it turns out LSU’s interim head coach knows a thing or two about sticking it out in good times and bad.

If you were wondering if O's black Hummer is the same one from those 10-year-old commercials, it is.#LSU pic.twitter.com/mV1OpL6d0U

It seems to have paid off for him in Baton Rouge. (At least for now).