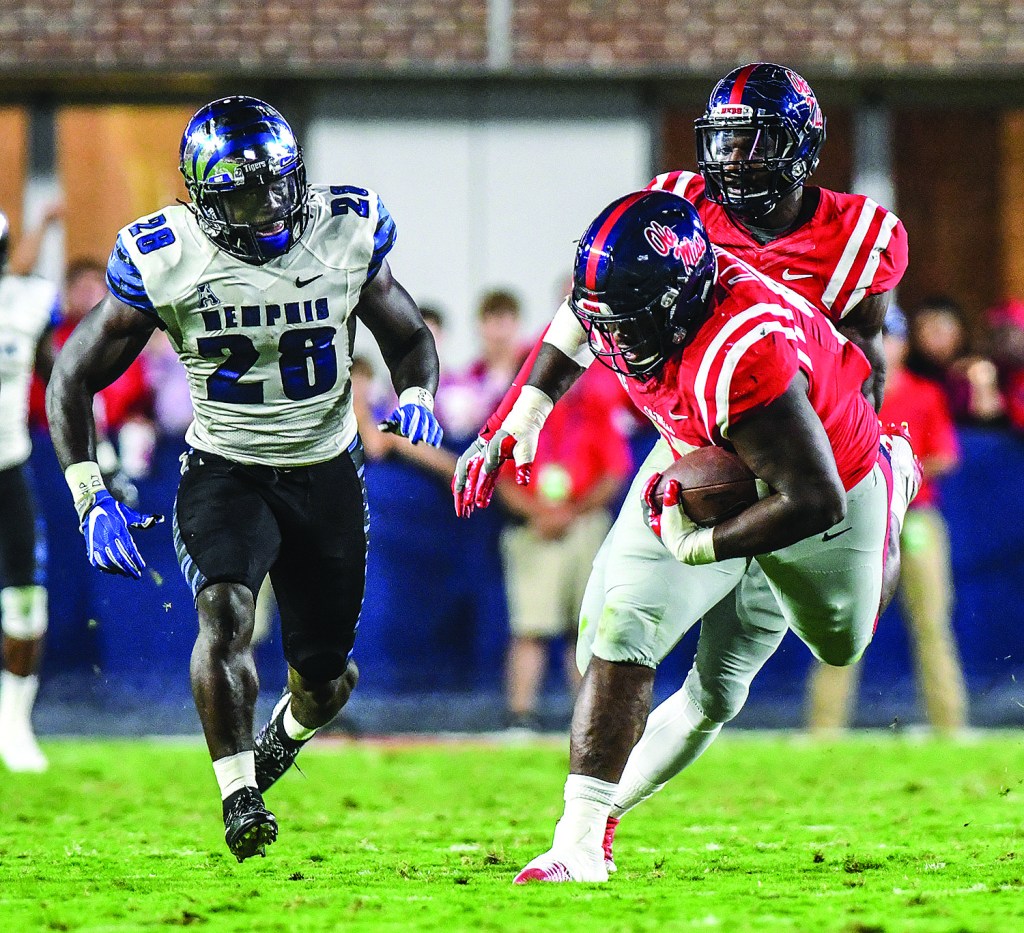 Through the first three games of the season the stat line of the Ole Miss defense had one glaring zero in a column. The Rebels had not recorded one interception yet, coming off a 2015 season where Ole Miss had 15 interceptions.

Against Georgia last week and Memphis on Saturday night, the Rebels have been able to create turnovers in the air, picking off opposing quarterbacks five times combined.

On Saturday, Ole Miss had four turnovers with three of them being picks off Memphis quarterback Riley Ferguson throws. The first was a pick-six by defensive back Zedrick Woods, who ran it back 31 yards for the score to make it 14-0 Rebels late in the first quarter.

“(Defensive coordinator) coach (Dave) Wommack challenged the DBs and the cornerbacks all week about getting the ball,” Woods said. “The goal was six (turnovers), we came out with four. It’s good to know we’re back on track getting turnovers.”

It is the second straight game Ole Miss has returned an interception for a touchdown as a returning Derrick Jones took a Jacob Eason pass 55 yards for a score last week against Georgia.

The linebacker corps is thin on depth as it is and the Rebels took a hit before the game even started on Saturday. Missing from pregame warmups was Stinger DeMarquis Gates. It was later revealed that Gates had been suspended for violations of team standards.

In his place, Taylor Polk recorded six tackles in his first career start.

“I’m at point in my life, you know, kids have to put the team first,” head coach Hugh Freeze said of Gates’ suspension. “I love our kids and I want to do things to help them long term. If it means I sit one, I’ve done it this year and I’ll continue to do it. The ball’s in there court.”

Freeze noted it depends on Gates if the suspension goes past Saturday’s game.

The defense took another blow for the immediate future as freshman defensive back Deontay Anderson was ejected from the game due to a targeting call.

The ejection also comes with Anderson having to sit out the first half at Arkansas on Oct. 15.

Running backs Eugene Brazley (124 yards) and Akeem Judd (108) are the first 100-yard rushers for Ole Miss since quarterback Chad Kelly had 100-plus yards against Alabama last season. …It was also the first time since 2014 against Presbyterian that Ole Miss had two 100-yard rushers in a game. …Chad Kelly tied former Ole Miss quarterback Bo Wallace for 11 career 300-yard passing games, throwing for 361 against Memphis. …This was Ole Miss’ fourth straight win over Memphis in Oxford.