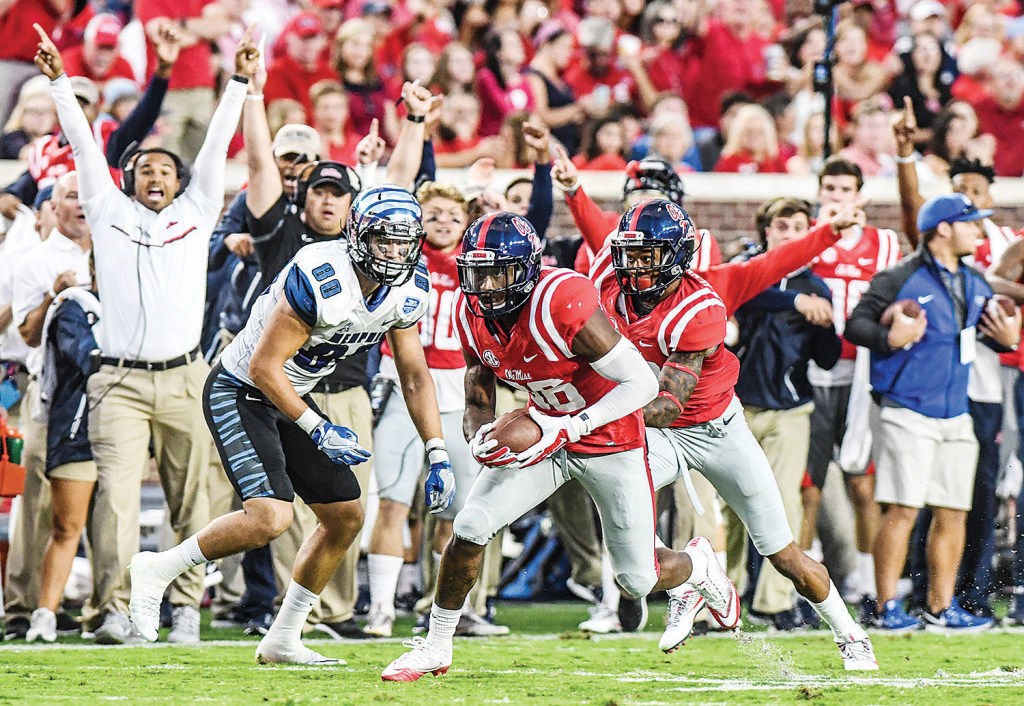 Another win meant another jump in the Associated Press top 25 for Ole Miss.

The Rebels (3-2, 1-1 Southeastern Conference) moved up two spots to No. 14 in the latest poll released Sunday, their first time back in the top 15 since the preseason. Ole Miss takes its first winning streak of the season into an open date following its 48-28 win over Memphis on Saturday at Vaught-Hemingway Stadium.

Ole Miss, which also came in at No. 14 in the Amway Coaches Poll, will return to SEC play with a trip to Arkansas on Oct. 15.

“We’ve got a lot of kids out, and some are not coming back obviously,” Ole Miss coach Hugh Freeze said following the win. “But (the bye week) gives us a chance to get some of these younger kids, let’s quit game planning for half of practice and let’s just work on technique and our eyes being in the right place.”

The biggest risers were No. 5 Washington, No. 18 Florida and No. 19 Boise State, which all slid up five spots. The Huskies stayed unbeaten Friday with a 44-6 clobbering of then-No. 7 Stanford, which fell to No. 15.

No. 1 Alabama and No. 2 Ohio State remained at the top of the poll while Clemson’s win over then-No. 3 Louisville earned the Tigers a bump to No. 3. Louisville dropped to seventh with No. 4 Michigan, No. 6 Houston, No. 8 Texas A&M, No. 9 Tennessee and 10th-ranked Miami rounded out the top 10.

No. 17 North Carolina, No. 20 Oklahoma, No. 21 Colorado, No. 22 West Virginia and No. 25 Virginia Tech all entered the poll after being unranked last week.