Some redemption for Ole Miss before catching its breath 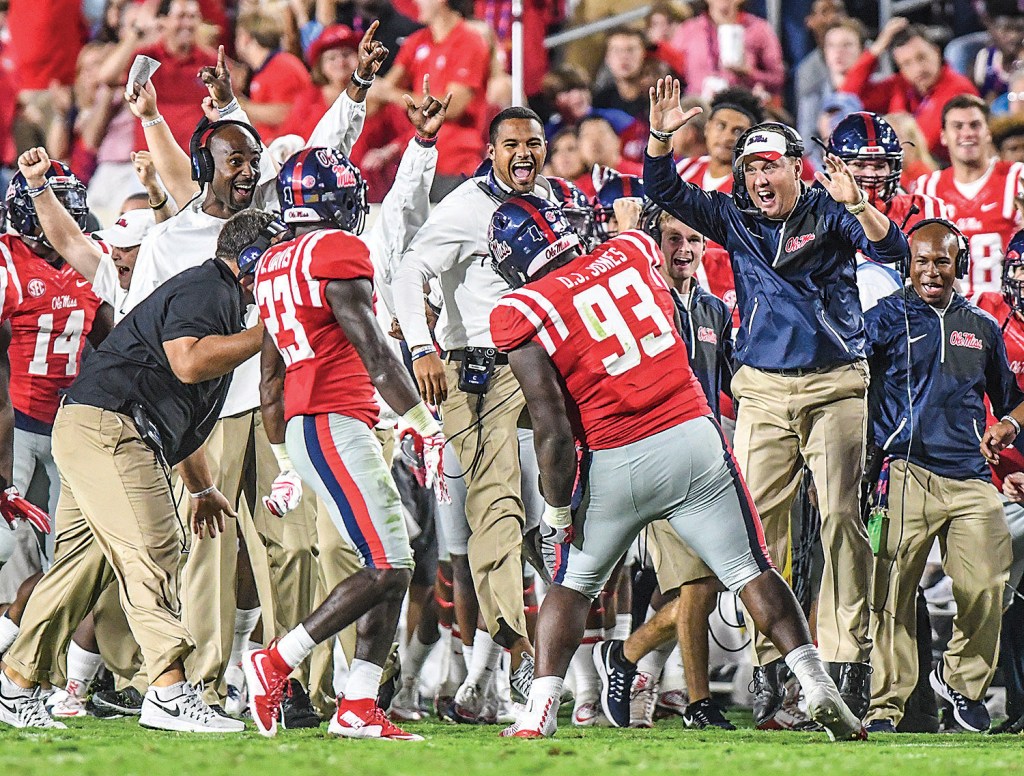 Ole Miss got its redemption. At least that’s what I’ll call it.

In what was likely one of the last games between the regional rivals for a while — the teams’ four-year contract ends with one more meeting in 2019 with the Rebels already having other home-and-home series and neutral-site games lined up in the near future — the Rebels did what they’ve done all season to eventually put away Memphis in a 48-28 win Saturday at Vaught-Hemingway Stadium.

I won’t call it revenge since that’s not what Hugh Freeze and his players wanted to call it this week leading up to the game, but it was also clear in talking with them that the stunning loss in Memphis last season was still fresh on their minds, so redemption seems like a proper term.

Memphis came into the game having played one of the weaker schedules in the country, and while the Tigers pulled out all the stops to hang around, they ultimately couldn’t handle Ole Miss’ skill level, particularly up front. The Rebels got their usual big plays in the passing game but used far more balance — Ole Miss piled up a season-high 263 rushing yards after running for just 40 against the Tigers a season ago — to keep the points coming after building yet another quick lead while the defense did enough.

Ole Miss held Memphis’ running game in check (3.8 yards per rush), and the Tigers didn’t have Paxton Lynch to bail them out. Sure, Riley Ferguson hit on some big passes against an Ole Miss back seven that still needs a lot of work, but it would’ve been hard for any Memphis quarterback to get in a consistent rhythm Saturday with Breeland Speaks, Marquis Haynes, D.J. Jones and company feasting on the Tigers’ offensive line knowing Ferguson was going to have to air it out with the Tigers having to play catch-up all night.

Ole Miss sacked Ferguson twice and harassed him too many other times to count, helping out its young secondary with constant pressure and never letting the Tigers find that rhythm. The defense gave the offense four extra possessions with turnovers, and Ole Miss eventually ran away with its 49th win in the 62nd meeting between the teams after getting run over last season.

Now the Rebels get a chance to catch their breath after this brutal stretch of games early on. Ole Miss has a week off to heal up and work on itself before the Rebels head to Arkansas on Oct. 15 for the first of back-to-back road games.

The Rebels will take their first winning streak of the season and some momentum with them, which is better than the alternative considering a team still clinging to championship aspirations will need to feel as good about itself as possible as it tries to make a second-half run in the Southeastern Conference.

Ole Miss has some redemption to go with it.