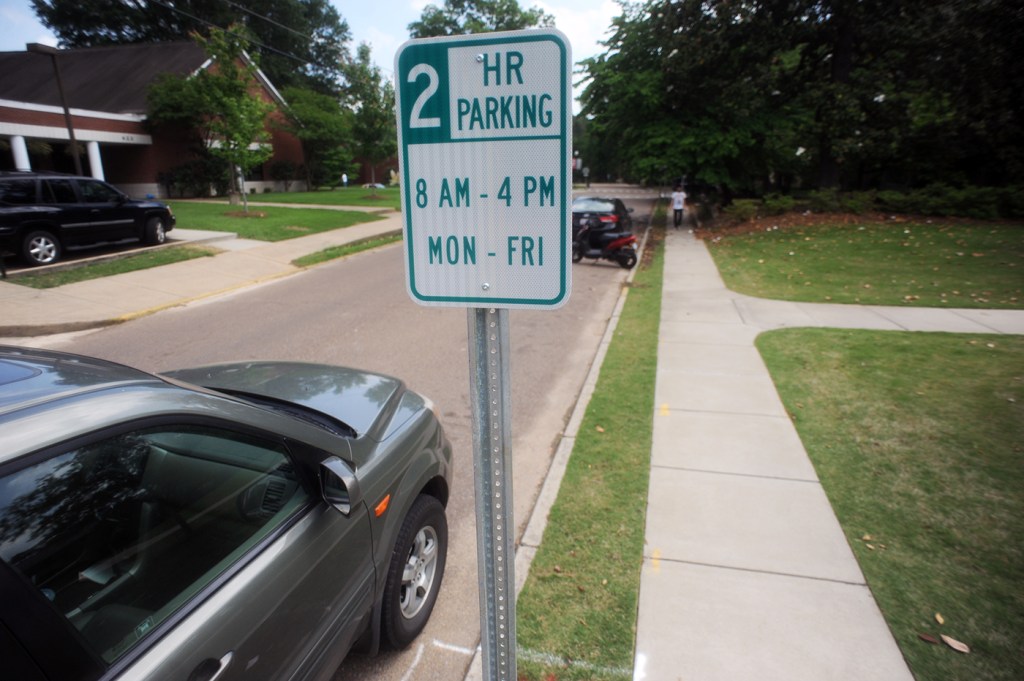 In response to Ole Miss students parking all day on streets adjacent to the campus, Oxford is now limiting parking to two hours on South 5th Street, in Oxford, Miss. on Tuesday, May 10, 2016.

After implementing the first official permitted-parking district in Oxford just last month, the Board of Aldermen is now considering approving a second one.

The ordinance was approved in September, with the first district announced that same month covering Fifth Street and Tyler Avenue.

However, the ordinance won’t go into effect until Oct. 6.

The Permitted Parking District Ordinance was created to keep people who do not live on certain streets close to campus from parking for long periods of time.

With the University of Mississippi reducing much of its on-campus parking and charging $88 for its park-and-ride permit, students and staff have been parking on residential streets, according to city officials.

The parking permit ordinance will be enforced 8 a.m. to 4 p.m., Monday through Friday. It will not affect game day or church parking on the weekends.

The second district to be considered Tuesday is the area along Van Buren Avenue, between Fifth Street and Depot Street.

If the resolution to create the district passes, residents along that section of Van Buren can apply for a parking permit for $50 per vehicle, which will give them the right to park on the street for an unlimited amount of time. They can purchase two temporary passes for guests at $25 each.

If a resident chooses not to purchase the permits, they can still park for the two hours currently allowed before having to move their vehicle.

Those found during the hours of enforcement without a permit, parking beyond the two-hour time limit, will be fined $10 for the first two infractions, $25 for the third citation and $50 for the fourth and subsequent violations within any 12-month period. Those vehicles with three or more unpaid citations could be towed or booted.

The Board of Aldermen meets at 5 p.m. Tuesday at City Hall.