Salter: Something to learn from Alabama on this Amazon thing 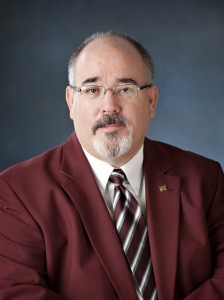 Across the state line over in Alabama, all Amazon online purchases made by shoppers who live in Alabama will have an additional eight percent sellers use tax.

That means that our neighbors in Alabama have found a way to level the playing field between online sellers and brick-and-mortar retailers in their state – and inequity that continues to plague Mississippi retailers and the state’s tax revenue stream that has been long dependent on sales taxes collected by those storefront retailers.

Because of Amazon’s agreement to participate in Alabama’s Simplified Use Tax Remittance Program, Amazon will collect the tax and pay to Alabama on the 20th of each month with the standard two percent discount taxpayers receive for paying on-time.

The new law, passed in 2015, will go into effect on Nov. 1 and requires online retailers that do not have operations within the state, to collect, report and distribute the eight percent tax back to the state.

Amazon, founded in 1994 by Jeff Bezos, is the largest e-commerce company in the world in terms of revenue. Experts predict that Alabama will see a $40 to $50 million increase in tax revenue from the plan by 2017 and more in 2018. Under Alabama’s plan, 75 percent of that revenue would go  the state’s general fund.

Amazon, under Alabama’s law, gets to keep the tax rate at eight percent in the event of any federal regulation setting a higher rate for online sellers in the future.

The Mississippi Legislature is examining taxing and spending prior to the 2017 regular session. Clearly, the topic of Amazon and other online sellers will be a part of those examinations.

While Magee said this act, and Amazon’s participation, is helping to replace the sales tax lost by traditional retailers when shoppers shop online, she said it is not going to solve the state’s financial issues.

Back in August when the tax study panels were formed, State Rep. Trey Lamar, R-Senatobia, vice chairman of the House Ways and Means Committee, confirmed that he intended to focus the committee on the loss of sale tax revenue due to untaxed Internet purchases.

So, how much impact does failing to collect Mississippi’s seven percent sales tax on sales by Amazon have on Mississippi?

The group Civic Economics conducted a study for the American Booksellers Association – a study based on 2015 numbers. That study documented that in 2015 in Mississippi, Amazon sold $405.6 million worth of retail goods statewide, all while avoiding $28.7 million in state ($28.4 million) and local ($0.3 million) sales taxes.

That is the equivalent of 282 retail storefronts, 1.0 million square feet of commercial space, which might have paid $2.1 million in property taxes. A total of more than $30.8 million in revenue lost to state and local governments.

The online sales tax debate in Mississippi has for too long by dominated by lobbyists and Libertarian groups and the false narrative that has been developed is one which holds that collecting sales tax on online sales is a new tax and that politicians who want to be successful should oppose new taxes.

That’s just not true. Sales taxes have been on the books in Mississippi since 1932.

The question is just how long we want to subsidize companies like Amazon and people like Jeff Bezos to the detriment of mom-and-pop Mississippi merchants who give jobs to Mississippi workers and pay property taxes in Mississippi communities?