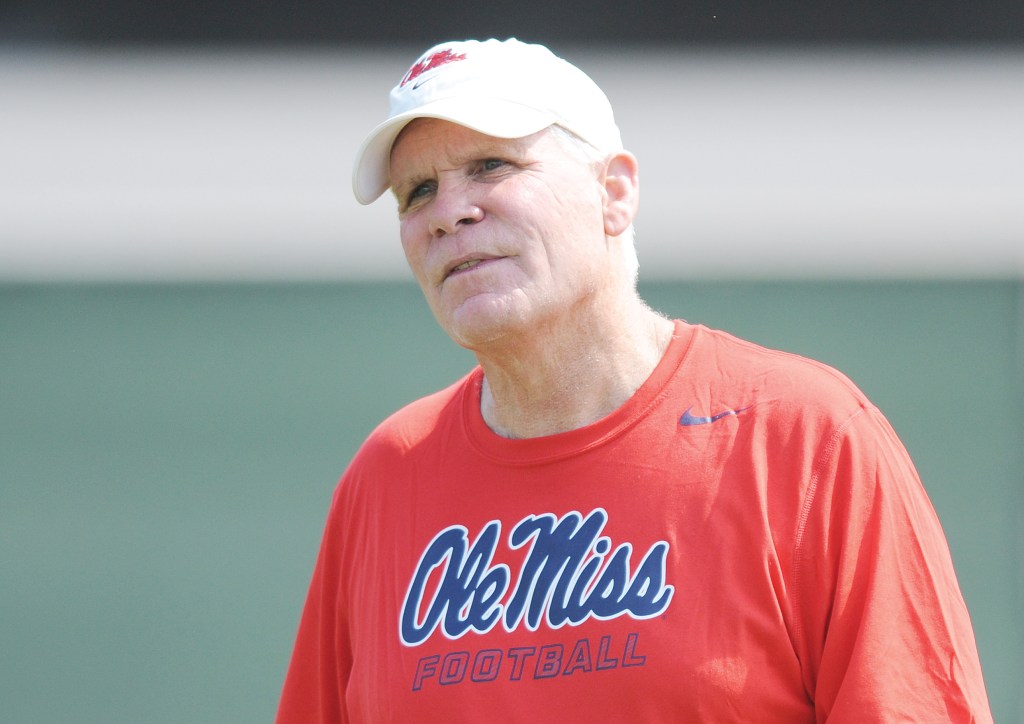 Ole Miss defensive coordinator Dave Wommack has one thing at the top of his to-do list before the 14th-ranked Rebels head to Arkansas next weekend.

Developing consistency has been a struggle all season at the second level of Ole Miss’ defense with things in the middle being in constant flux. The Rebels (3-2, 1-1 Southeastern Conference) have started three different players at that position in the first five games with Detric-Bing Dukes being the latest.

The Rebels’ depth at the stinger, or outside, position took a hit Saturday when DeMarquis Gates, the most talented linebacker on the roster, was held out of the 48-28 win over Memphis because of an unspecified violation of team standards. Head coach Hugh Freeze said “hopefully” Gates will be available against Arkansas next Saturday should he fulfill his requirements to play again, leaving the biggest question mark at a spot in the middle that’s looking like it may continue to change depending on the type of offense the Rebels are facing any given week.

“We’ve just got to keep searching and use this two weeks here to find a two-deep at middle linebacker,” Wommack said.

Bing-Dukes has combined for 14 tackles the last two weeks, but the 6-foot-1, 247-pounder struggled keeping up in coverage against Memphis’ wide-open offense. The Tigers threw for 355 yards.

“Maybe he needs to flip on certain formations from the mike to the stinger, just some things that may help him,” Freeze said. “He has a good understanding of it. He didn’t play to his strengths the other night.”

With graduate transfer Rommel Mageo fighting consistency with his tackling, the Rebels are looking elsewhere for help.

Redshirt freshman Shawn Curtis, who originally signed as a linebacker but was moved to defensive end in the spring, was back at linebacker Tuesday. Freeze said the off week will be used to get redshirt freshman Willie Hibler and reserve Temario Strong some looks as well while Gates will likely have to play in the middle in certain situations when he returns.

“We’re going to try several things in the next three days,” Freeze said.

It’s turned into a frustrating dilemma.

“We’re going to be able to look at everybody that we can,” Wommack said. “They may only be able to do a few things, but they need to do them well and physical when they do them.

“I didn’t think it was going to be that hard.”

Other notes from Tuesday’s practice