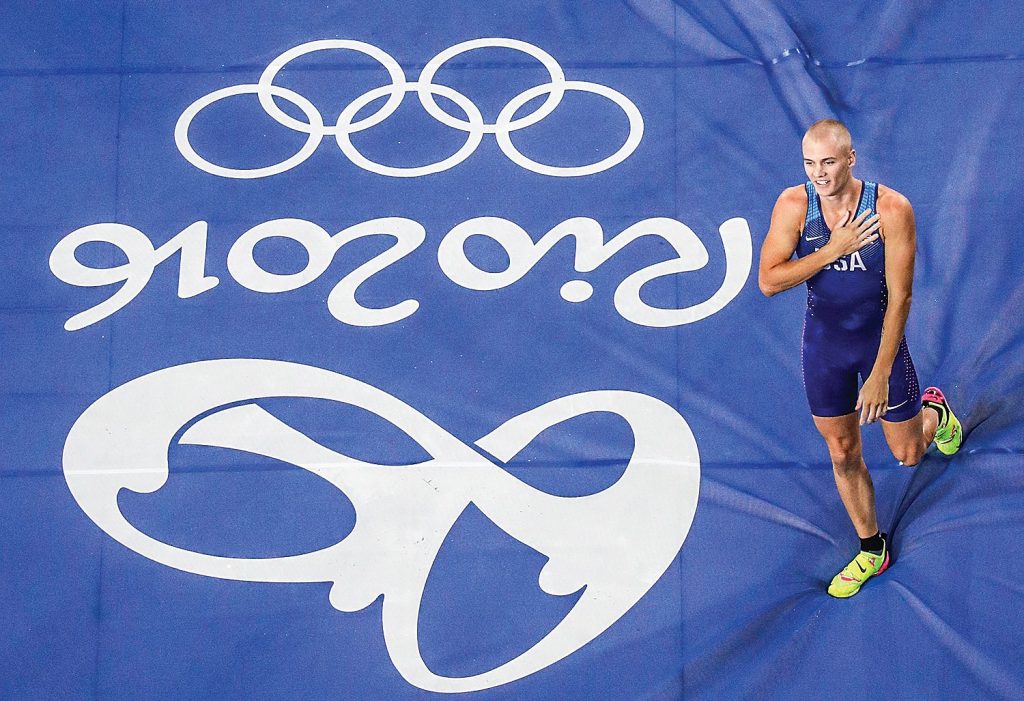 United States' Sam Kendricks acknowledges the crowd after his final attempt in the pole vault finals during the athletics competitions of the 2016 Summer Olympics at the Olympic stadium in Rio de Janeiro, Brazil, Monday, Aug. 15, 2016. (AP Photo/Morry Gash)

One of Oxford’s own is among those in the running for USA Track & Field’s highest honor.

Sam Kendricks is one of nine finalists for the USATF Jesse Owens Male Athlete of the Year. Honoring the nation’s top male and female track and field athletes annually since 1981, the Jesse Owens and Jackie Joyner-Kersee award winners are determined by a combination of media voting (90 percent) and online fan balloting (10 percent).

This year’s awards will be presented Dec. 3 at the Jesse Owens Awards Ceremony held in conjunction with the USATF’s annual meeting in Orlando, Fl0rida.

Kendricks, who starred at Oxford High and was a two-time NCAA champion at Ole Miss, capped a banner year in the pole vault by capturing the bronze medal at the Rio Olympics in August, his first-ever competition in the Games. Kendricks qualified in style at the U.S. Track & Field Trials in July, setting a meet record with a clearance of 19 feet, 4 3/4 inches (5.91 meters).