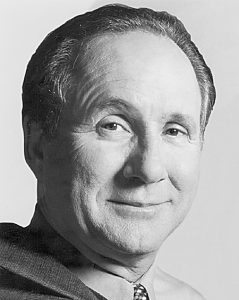 I watched every minute of it with my wife and daughter and a glass of good wine.

I’ve found it’s the heart-healthiest way to watch a presidential debate, because you can’t scream like hell and wave your arms around with a glass of wine in your hand.

We all know that Trump did well in the first 20 minutes of Monday’s debate because he stayed on message. We also know he lost the debate and missed a dozen opportunities to hit Hillary.

Donald’s main problem was the same one I talked about weeks ago — he doesn’t know when it’s time to just shut up.

What’s worse, as he proved over and over again, he still hasn’t learned how to pivot like a politician.

One of Trump’s most appealing traits is that he’s not a professional politician who’s had decades to practice the low art of lying and speaking in legalese —- like Hillary.

But all successful politicians, good and bad, have to know how to pivot.

When a reporter asks how your health is, you say, “Great. I’m feeling almost as good as I did last week when I heard the FBI director say Hillary Clinton was careless with her classified emails.”

When Lester Holt asked Trump the Obama birth certificate question — which everyone in North America knew was coming — Donald should have said something like:

“Glad you asked, Lester. That issue’s settled. President Obama is like Bruce Springsteen. He was born in the USA. Now let’s talk about something that actually matters to voters — like Secretary Clinton’s deleted emails or her long list of failures in the Middle East.”

Instead, when Trump got the birther question, he flew into his narcissist mode. He sounded petty and stupid and everyone watching the split-screen knew it.

It got even worse when Hillary and her team sprang their well-planned surprise and brought up the ugly things Trump supposedly said 20 years ago to or about Miss Universe Alicia Machado.

It was a great debate stunt. Trump had no way of seeing it coming. But as usual, he didn’t have the sense to just shut up.

He took the bait and now all this week the former Venezuelan beauty queen has been on the front pages instead of Trump or Hillary’s emails.

Millions of women, especially the ones in the news media, are now outraged at Trump for publicly “weight-shaming” Machado.

They don’t care that Machado broke her contract with the Miss Universe pageant or that Trump apparently saved her from being fired for her weight gain and helped her slim down.

The liberal media will never let the real story or the facts get in the way of their pet narrative that Trump is a sexist pig.

Ms. Machado is their innocent victim of the week. And the media will believe her version of the story even if Sean Hannity digs up a video of her machine-gunning a bank teller in Caracas or going out on a date with Bill Clinton.

With or without Machado, everyone — including by now, I hope, Trump — knows Hillary Clinton kicked his butt.

He won the first 25 minutes of the debate, but Hillary won the rest. When Trump was on message, he was good. But when he went into the weeds he fell apart and missed a dozen chances to pivot.

Worst of all, it was clear to 85 million people that she was prepared and presidential. He was neither.

Trump has two more chances to prove he’s not as awful, incompetent and stupid as he was Monday.

Maybe he can learn a lot from his mistakes. Let’s hope so, because he made too many of them to count.

My father recovered from his first debate against Mondale in 1984. Obama did the same against Romney in 2012.

Trump can do the same thing. But like my mother always said to me, “Michael, you’ll never learn anything with your mouth open.”

It’s time for the Donald to shut up and start listening.

Michael Reagan is a syndicated columnist.