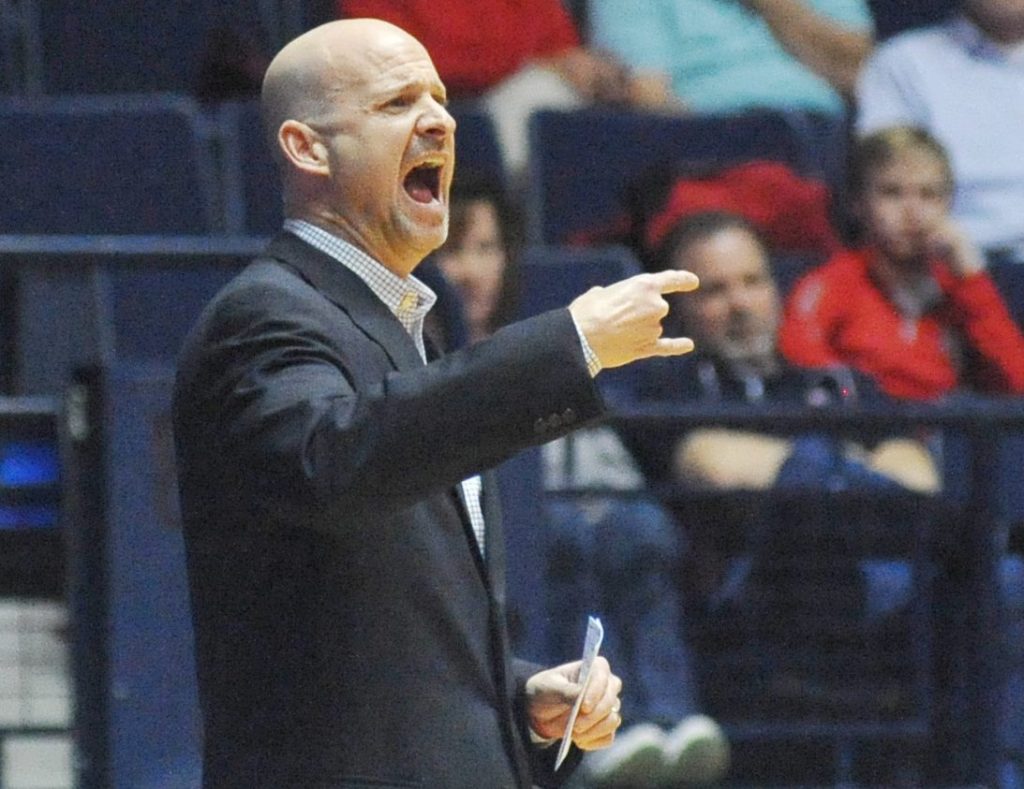 Andy Kennedy is used to seeing a lot of different faces when he glances down the bench every year.

But what Ole Miss’ men’s basketball coach is working with this year is drastic even by his standards.

The Rebels recently began practice for the 2016-17 season with a roster that has Kennedy’s usual influx of international signees and transfers mixed with a few holdovers. It features players from five countries and just five players on scholarship who have ever played a game for the Rebels.

“This is probably the most unusual collection of guys I’ve ever had,” Kennedy said.

Kennedy knows what he has in center Sebastian Saiz, the only senior that’s been in the program for more than a year. Saiz shot nearly 50 percent from the field last season and averaged 11.7 points and 8.7 rebounds despite missing six games with a detached retina, and Kennedy expects those numbers to improve with the Rebels planning to run their offense through the 6-foot-9 Spaniard — a change from recent years when Ole Miss heavily relied on the scoring of guards Marshall Henderson and Stefan Moody.

“He’s a guy that I’ve challenged to be a double-double guy for us this year and lead the SEC in rebounding, which I think will have great value for him and our team moving forward,” said Kennedy, who added Saiz is entering the season fully healthy. “I think that’s a challenge that he’s up for. … This year, our first option is going to be Sebastian on the block.”

As for how Ole Miss plans to replace the 23.6 points a game Moody took with him when he ran out of eligibility last season, it will likely be a group effort.

Deandre Burnett is expected to be an impact scorer, but Kennedy said he doesn’t want the Miami transfer putting pressure on himself to do it all. Graduate transfer Cullen Neal, who will take over for Moody at the point, averaged 12.3 points at New Mexico last season but, at 6-5, can also distribute.

The backcourt has a trio of holdovers in senior Rasheed Brooks (8.3 points per game) and sophomores Donte Fitzpatrick-Dorsey and Terence Davis, whom Kennedy praised as the Rebels’ most improved player.

“I don’t think anybody’s going to come in and get 23 a game,” Kennedy said. “I think when you look at our team, I think we’ve got five, six, seven different guys that could potentially average double figures. We’re going to be between eight and 15 (points) with a number of different guys once we figure out who’s best doing what.”

Kennedy’s job is to figure out how all the pieces fit as he insists Saiz is the only starter he’s decided on with the season opener against Tennessee-Martin on Nov. 11 a little more than a month away.

Junior college transfer Justas Furmanavicius can play small or power forward while freshmen Karlis Silis and Nate Morris, at 6-10 and 6-9 respectively, give the Rebels more size and versatility. Freshman guard Breein Tyree has yet to be fully cleared medically after having offseason knee surgery.

“Half of our roster is brand new,” Kennedy said. “We’ve got all kinds of things going on that we’re just trying to find who we are.”