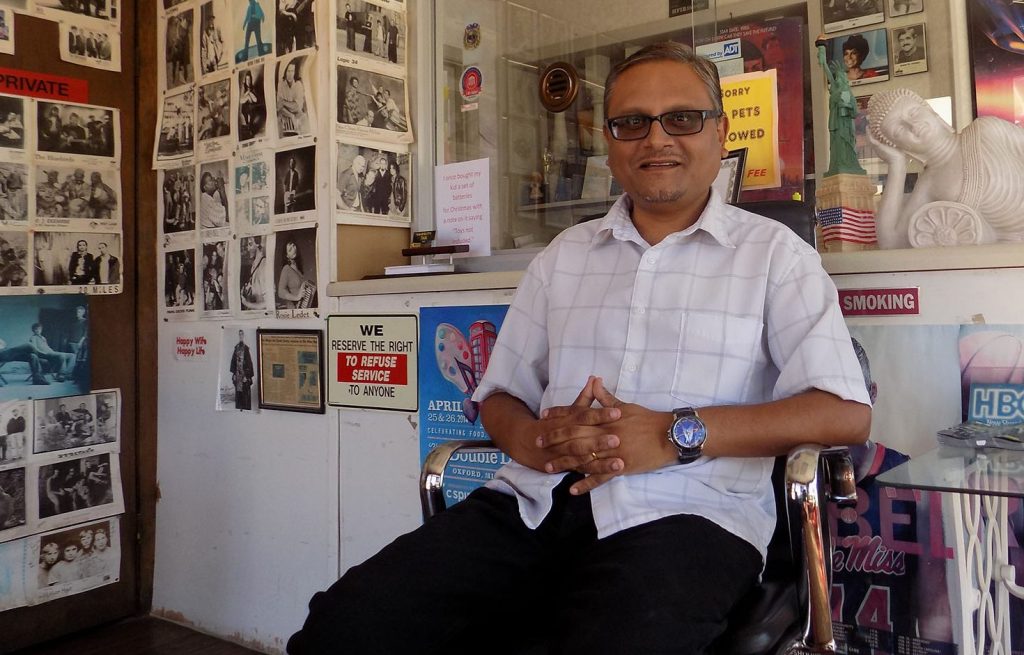 David Patel is the owner and operator of the Ole Miss Motel in Oxford, Miss. on Thursday, October 1, 2015. Bruce Newman)

For the last several years, David Patel has tried to improve the reputation of the Ole Miss Motel on University Avenue.

The hotel isn’t new, nor as fancy of some the larger hotels in Oxford, but Patel says the hotel is important to him and the community.

It provides out-of-state construction workers a place to live while working in Oxford at affordable rates. Patel works closely with Interfaith Compassion Ministries to provide a temporary place for the displaced and homeless people in Oxford.

Patel says his hotel is a clean and safe place for his customers, but news surrounding the death of Chandler Jenkins, who was found in one of the motel rooms Saturday, is hurting the business’s reputation in the community.

At 8:30 p.m. on Saturday, police responded to the hotel after a report of a fight. They discovered Jenkins dead inside one of the rooms.

Another man, Donald Ludie Lassiter, 52, was found injured. Lassiter had been living at the hotel for about four months while working on the future Baptist Memorial Hospital-North Mississippi.

So far, no charges have been filed and the Oxford Police Department has yet to release a cause of death for Jenkins.

“People were saying it was a shooting,” Patel said. “It wasn’t a shooting, but in everyone’s mind that’s what they’re thinking.”

Patel, who has leased the motel for five years, lives at the hotel with his wife and two daughters.

“My daughters go to school and people are asking them about it,” he said. “My youngest daughter has been crying and doesn’t want to go to school.”

Patel said Lassister has been a model customer and never caused problems. Jenkins was not staying at the hotel.

“He came walking off the Square to the hotel to see someone staying here,” Patel said. “Then he went to Lassister’s room. What happened next, God only knows right now.”

Patel said there was broken glass and blood in the room and that Lassiter may have been over the head with a beer bottle by Jenkins.

“We don’t know all the details,” he said Tuesday.

Patel said customers have been canceled reservations since the event.

“We don’t rent rooms to people who cause trouble,” he said. “We’re very careful about that. This was someone who wasn’t staying here. We’d rather lose business than rent to questionable people.”

Patel has housed homeless and transient people for a reduced cost for ICM for the past five years. Patel bills ICM later so they can wait until money from grants come in to pay. He says his helping ICM has actually boosted his business. He said he usually stays booked throughout the year and is always full on football weekends.

“But now people are canceling,” he said. “I just want people to know that this incident isn’t something that happens here. This is a safe place.”

Patel said the hotel has renovated its rooms and has recently been getting good reviews on travel websites and is concerned this incident will cost him to lose years of work in improving the hotel.

“Some of my guests told me this could happen anywhere and that we shouldn’t worry,” he said. “I wish all people were as understanding.”

OPD Maj. Jeff McCutchen said this morning investigators are waiting the return of all reports from Jenkins’ autopsy to determine what charges Lassiter may face.